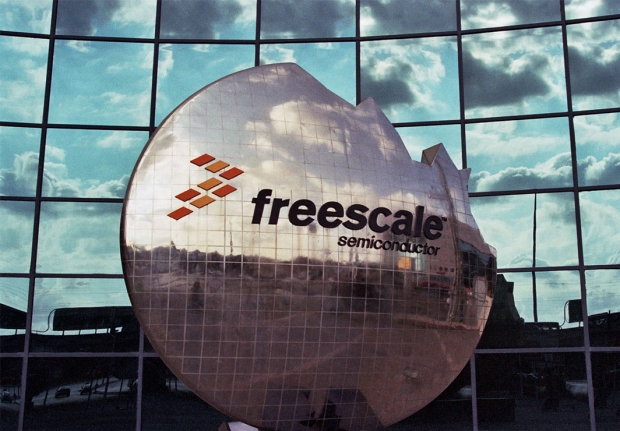 NXP has completed its nearly $12 billion deal to buy Freescale and become the world's top maker of automotive electronics.

The outfit now has new application areas in cars including powertrain, safety and body electronics, Sievers said. Previously it had to make do with audio infotainment, security and vehicle networks.

It also aims to build security into critical car systems to guard against hacker threats. NXP evolved from Philips, the co-developer of CDs and DVDs, and also had historic roots in Silicon Valley. Freescale was spun out of mobile and walkie-talkie pioneer Motorola.

Now with $10 billion in annual revenue, NXP has told investors it aims to grow 50 percent faster than the overall automotive chip market in the next few years, a modest goal given that NXP grew two to three times the market recently.

NXP's merger bolsters its position not just in cars, but other fast-growing chip markets, including home automation, wearable devices and health monitors, while also capitalizing on the company's strength in security and payment chips.

A second product category will be multimedia processors that can allow NXP to expand its strong position in audio information systems into other areas of infotainment including video display dashboards.

Last modified on 08 December 2015
Rate this item
(0 votes)
Tagged under
More in this category: « TSMC wants 12 inch wafer factory in China Intel will show off 14nm Broadwell-E at Computex »
back to top