Beginning of a new Chip giant 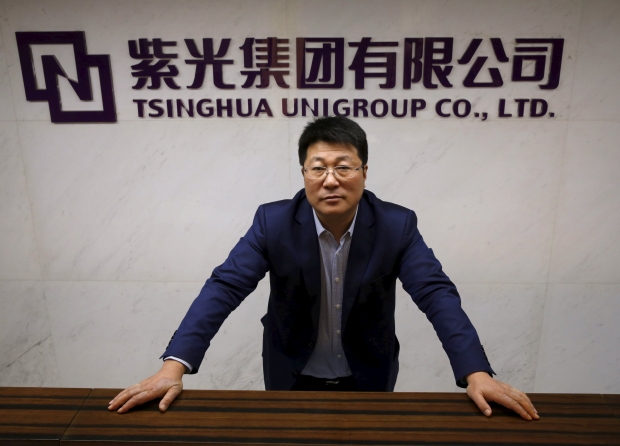 Move over Qualcomm there is a new chip giant in town and it will be number three in five years.

China's Tsinghua Unigroup has said it is investing $47 billion over the next five years in a bid to become the world's third-biggest chipmaker.

Chairman Zhao Weiguo said that the company controlled by Tsinghua University, which counts President Xi Jinping among its alumni, was in talks with a US-based company involved in the chip industry. This is probably Micron, although it is not clear how at this point.

A deal could be finalised as early as the end of this month, he said. He declined to give more details but said buying a majority stake was unlikely as it was too "sensitive" for the US  government.

Zhao said that if you cannot be in the top-three giant, it is hard to develop your business in the chip industry. Beijing is keen to end China's reliance on foreign semiconductors as it seeks to build a modern, digitized armed forces capable of matching other advanced militaries.

"The next five years is key... There is an enormous market out there," he said.

Qualcomm holds the No.3 position in the global chip rankings, behind Samsung and market leader Intel which has a market capitalization of $151.5 billion.

The top five chipmakers control more than 90 percent of the global NAND chip market after years of boom-and-bust squeezed out smaller players.

It has also attached strategic importance to the development of domestic semiconductor, server and networking equipment industries amid fears of foreign cyberspying.

Tsinghua Unigroup has spent more than $9.4 billion making acquisitions and investments at home and abroad over the past two years, including the purchase of stakes in US data storage company Western Digital  and Taiwan's Powertech .

Last modified on 17 November 2015
Rate this item
(5 votes)
Tagged under
More in this category: « Morgan Stanley tests ARM on its datacentres Knights Landing Lands »
back to top