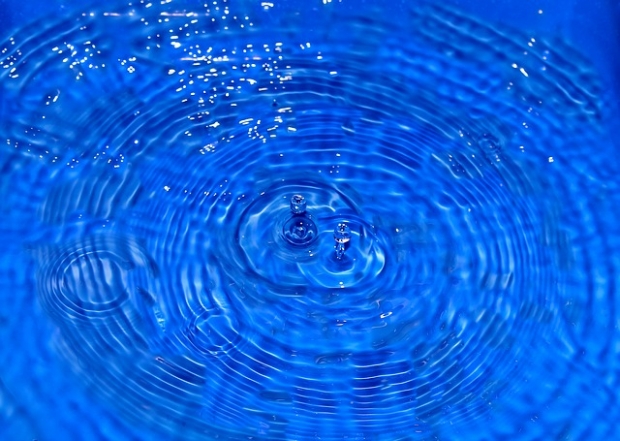 A team of Standford researches have been up on the roof during a lightning storm too many times and have emerged with a computer which powers the processor with water .

The big idea is not to replace traditional computers, but is a clever way to control and manipulate matter so that it can do basic maths.

The computer is constructed with a series of very small "T" and "I" shaped pieces of metal arranged to affect the shape of a magnetic field generated by electromagnetic coils that surround the machine. The liquid used inside the machine is a ferrofluid that can be moved by the magnetic field.

The liquid will move in a specific pattern which is dependent on the small metal pieces and the pattern formed. The idea is that since the way the liquid in the machine moves can be controlled so that the machine could be used to sort or arrange drops of different chemicals.

The boffins think that the tiny factory  can be shrunk down to a size that allows it to be swallowed and used like an internal 3D printer to help repair the human body.

Below there will be random comments from AMD, Intel and Nvida fanboys about how water will never take off because AMD, Intel and Nvida have not invented  it. ARM fanboys probably think water is a only meant to be used as mixer. Other comments will be to pick on the typos in one sentence which was written after a very long day writing more than 6000 words.  I fixed it all so you can go back to moaning about AMD, Intel and Nvida.

Last modified on 09 June 2015
Rate this item
(12 votes)
Tagged under
More in this category: « Qualcomm's Snapdragon 820 gets a customer Chipmakers not out of the woods yet »
back to top