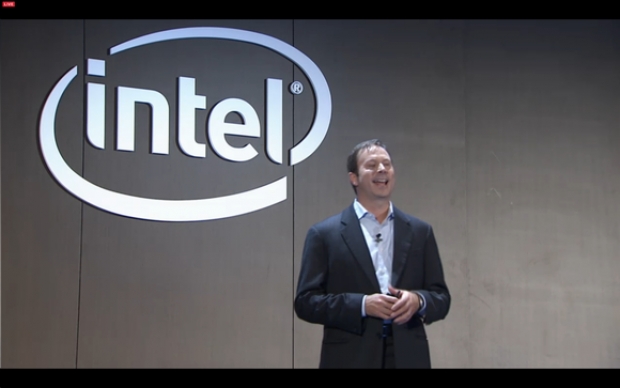 After unveiling its fifth-generation processor family, codenamed "Broadwell," at CES in Las Vegas earlier this year, Intel announced that it had "augmented" its lineup with five new desktop processors and five mobile processors.

Mostly the improvements are to media and are based around the Iris Pro Graphics 6200, which Intel is calling its "most powerful client processor graphics and media engine."
Iris Pro is Intel's solution for better gaming, faster video editing and lower energy use, without the need for an external graphics card.

At the show Intel brought Iris Pro Graphics to a desktop processor improved the power supply and made it a little more robust.

The flagship desktop processor, the Intel Core i7-5775-C, will have 35 percent better media performance and over 2x better graphics performance than the previous fourth-generation chip with the older HD graphics processor.

Intel is targeting "gamers and creators on the go" with 5 new mobile processors. Once again, the flagship Core i7 will offer up to 95 percent better media performance and up to twice the 3D graphics performance compared its current version.

The processors are expected to be system-ready within 30 to 60 days, and we can expect product releases to come off the back of that launch.

Still not sure if we are better off waiting for Skylake.

Rate this item
(4 votes)
Tagged under
More in this category: « What the FPGA is Intel doing with Altera? Qualcomm and Allwinner teaming up for LTE tablets »
back to top