Intel shows off NUCs and other stuff 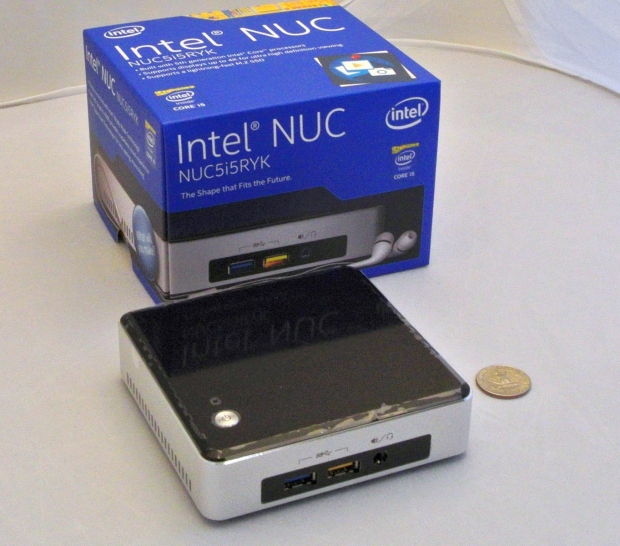 Intel has been sharing a few details about its new socketed, unlocked, 65W desktop processor based on Intel’s Broadwell architecture--featuring Iris graphic.


It is due in mid-2015 and will be Intel’s first desktop CPU with Iris Pro graphics and because it is unlocked. It will be interesting to see what Iris Pro can do with some overclocking.

Intel also showed off a new NUC powered by a 28W, quad-core Core i7 processor, which also featured Iris graphics. The device has a tiny .63 liter enclosure, and like the NUC 5i5RYK we recently looked at, it has support for high-performance M.2 solid state drives and features an array of built-in goodies, like 802.11ac. It will be in the shops in April.

Meanwhile Intel has partnered with Raptr to provide gamers that utilize Intel graphics with an easy to use interface to optimiae their in-game settings and receive updates and notifications when new graphics drivers are available.

Raptr has similar features for Nvidia and AMD graphics products but support for Intel graphics is new. Raptr can record and stream in-game action, and the utility is being updated to use Intel’s QuickSync video engine for hardware accelerated video encoding as well.

Intel shows off NUCs and other stuff
Rate this item
(1 Vote)
Tagged under
More in this category: « World’s first Cortex-A72 SoC spotted at MWC 15 The fact that Samsung 14nm SoC works surprised the industry »
back to top