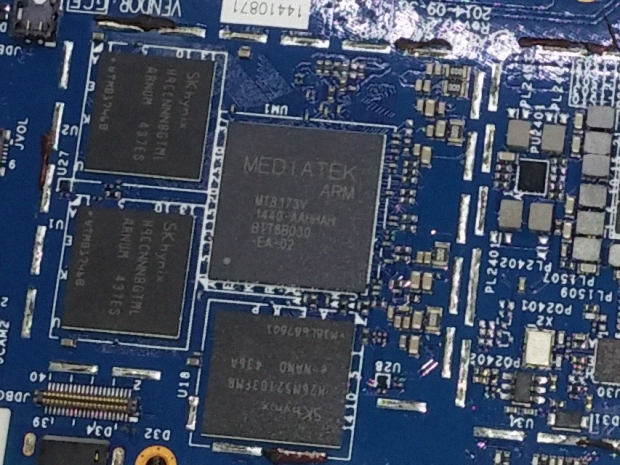 We had a chance to see the world’s first Cortex-A72 CPU core in the quad-core MediaTek 8173 SoC.

We wrote about this product just a few days ago and MediaTek executives were kind enough to give us a tour of their latest tablet SoC.

The SoC can run up to 2.4GHz and since this is a big.LITTLE quad-core, the other two cores are based on the efficient Cortex-A53 architecture. It is interesting that MediaTek decided to use TMSC’s 28nm manufacturing process simply as this is the most cost-effective solution. Smaller nodes like 20nm or 14nm would simply make the SoC significantly more expensive.

The graphics part of the SoC is based on the new Imagination PowerVR GX6250 GPU, and supports Open GL ES 3.1, OpenCL, delivers 350 million triangles per second and a fill rate of 2.8 gigapixels at its peak performance.

It supports WQXGA 2560x1600 displays at 60fps and 120Hz mobile displays at lower resolutions. We managed to see a prototype tablet and the PCB with the MT8173 SoC on it. The tablet runs fine considering that this is an early prototype and MediaTek has told Fudzilla that designs wins can be expected to go on sale toward the middle of the year. 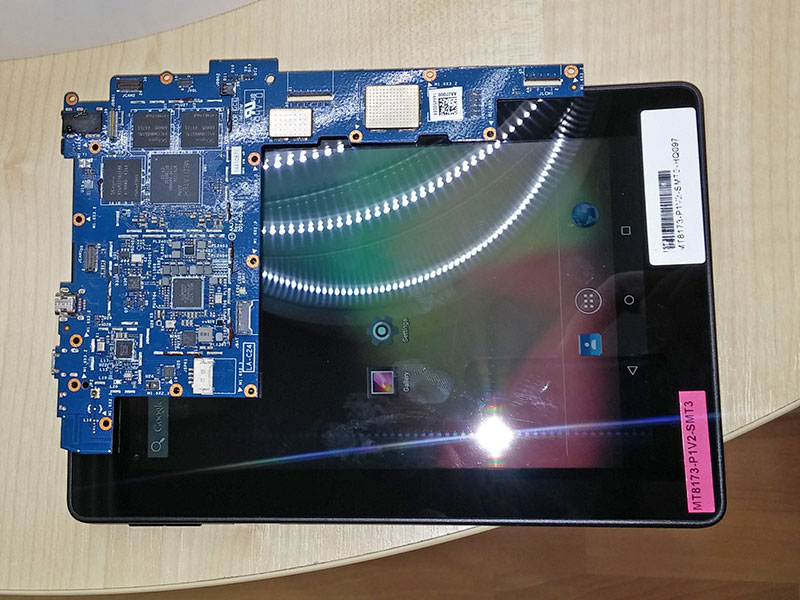 The prototype tablet was running Android 4.4, but of course it can run Android 5.0 and it will be up to vendors to decide what is the operating system of choice for them.

The company didn’t want to divulge any names, so we still don’t know any customers, but the chip is obviously designed for mid-range tablets, so the list of potential clients is long.

It is MediaTek’s job to talk about the SoC and time to market, not vendors’ plans. The SoC will be ready and by the looks of it, the MT8173 might be one of the first, if not the first Cortex-A72 SoC on the market.

Rate this item
(4 votes)
Tagged under
More in this category: « Skylake headed for second half of year Intel shows off NUCs and other stuff »
back to top