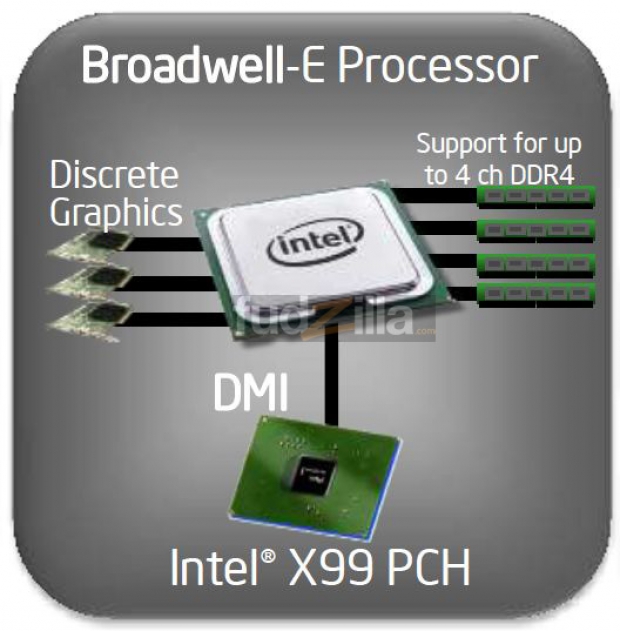 Intel is planning to continue making unlocked superclocked X-series processors that we all know as Haswell-E or Sandy Bridge-E.

The next one in line to replace the current Haswell-E series is called Broadwell-E, and this is an eight-core 140W processor. The information comes from Intel's own roadmap and we don't have too many details yet.

Just like the Core i7 5960X, Core i7 5930K and Core-i7 5820K, there will be one unlocked eight-core Broadwell-E X version of Broadwell-E and two six-core K versions. They will all share the same 140W TDP. We know that it is too early to talk about official branding, but Core i7 6960X sounds about right.

Broadwell E will use the LGA 2011-v3 socket and the current X99 PCH chipset. We guess that there will be a bios update and that the new Broadwell-E parts should work on existing X99 motherboards that you can already buy today. The platform relies on DDR4 memory, just like Haswell-E. We expect it will start with the $999 eight-core flagship (X version) and go down to about $400 for the slowest six-core part.

If you are in market for one, start saving right now, as Broadwell-E should launch roughly a year from now.

Last modified on 12 February 2015
Rate this item
(21 votes)
Tagged under
More in this category: « Intel confirms Skylake for the middle of the Year ARM does well because of embedded »
back to top