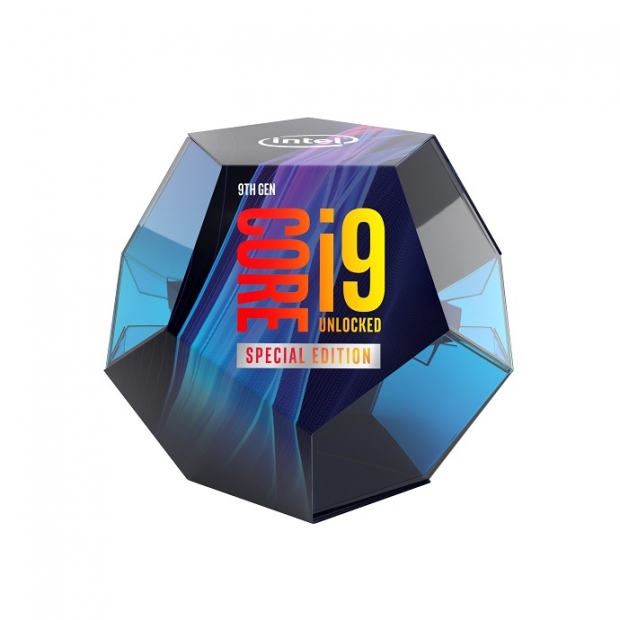 AMD is expected to reveal the Zen 2 tomorrow at its press event at Computex and Intel dropped a bombshell and announced the Core i9 9900KS with all cores clocked at 5GHz.

The 9900KS is the same silicon as the 9900K with a yet to be disclosed base frequency. The key feature is that the Turbo now enables all eight-core to reach as much as 5GHz. The 9900K has a turbo mode that enables 5GHz with a single or dual core. Four cores get up to 4.8GHz while all eight can rock and roll up to 4.7GHz.

Jon Carvill, the VP of Marketing Technology Leadership and Ryan Shrout, held a performance workshop in Taipei Sunday, noon local time and revealed bits and pieces about it. Jon Carvill should be a familiar name to Fudzilla readers and Ryan is well known from PCperspective before he traded a journalist pen for a corporate badge and a sense of security. Devindra from Engadget has a nice picture of Shrout holding the package.

5GHz was always a big deal, but getting all eight cores to 5Ghz is a great achievement considering that this is the same core as the Core i9 9900K.

More details about Core i9 9900KS arrive on Tuesday after the official Intel Keynote, and Intel’s news post showed that Intel will be telling a bit more about Ice Lake notebook 10nm platform too.

People close to the matter expect that the Core i9 9900KS will be enough to beat AMD’s 7nm Matisse launching tomorrow.

Last modified on 27 May 2019
Rate this item
(0 votes)
Tagged under
More in this category: « Intel beats AMD in notebook graphics Qualcomm's 8cx outperforms Core i5 8250U »
back to top