Qualcomm's 8cx outperforms Core i5 8250U 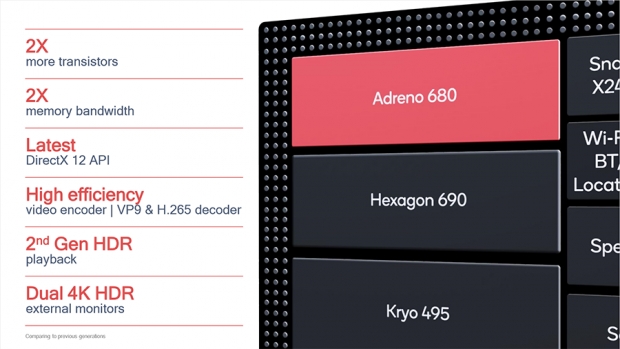 The new Qualcomm 8cx mobile chip is outperforming the Intel i5-8250U chip in speed and power consumption while keeping the fanless design.

Fudzilla was present at a performance workshop organized by Qualcomm where Miguel Nunes, Senior Director Product Management, showed us the numbers.

He is claiming that the new chip which has new Adreno 680 GPU is two times faster than the previous generation Snapdragon 850, Hexagon 690 DSP is 3.5Xfaster, and Kryo 495 core is 60 percent more efficient. 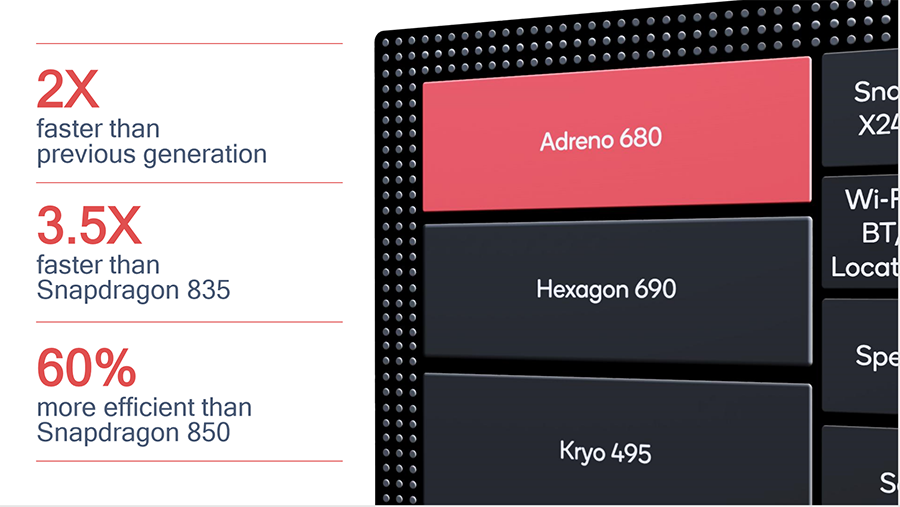 The better CPU performance means that apps are loading faster and a better GPU performance promises better framerates when gaming while giving a better battery life.

We have seen two similar specs laptops running PCMark and 3DMARK apps that were pitched against each other.

The PCMARK test comprised of loading a bunch of MS Office apps, like Excel, Word, PowerPoint, and Outlook and work with spreadsheets and files, mimicking the workload of an office user.

The next was playing FHD video, and the system which finishes first - meaning faster - is left to idle with the screen on until the battery lasts. 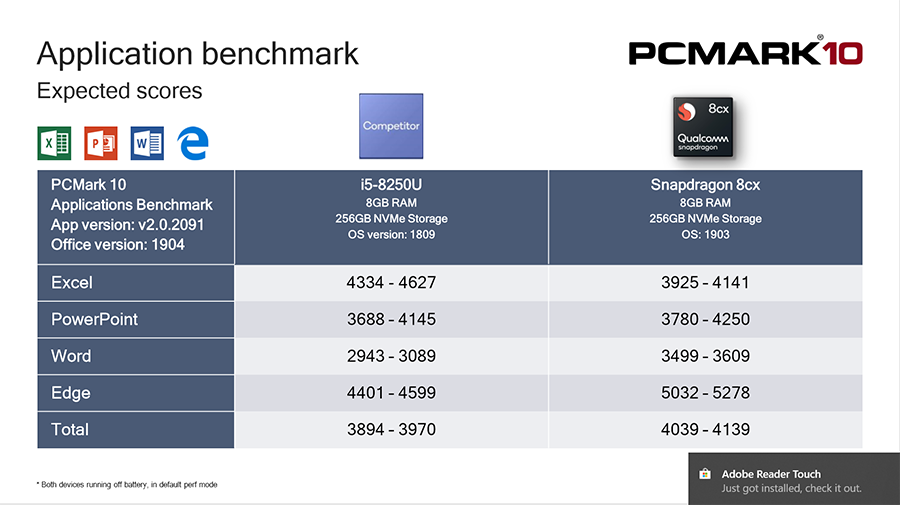 Nunes showed us impressive scores of the new system where it was faster in almost every scenario than the competitor's system.

These scores are on an x64 emulator, which is even more impressive. 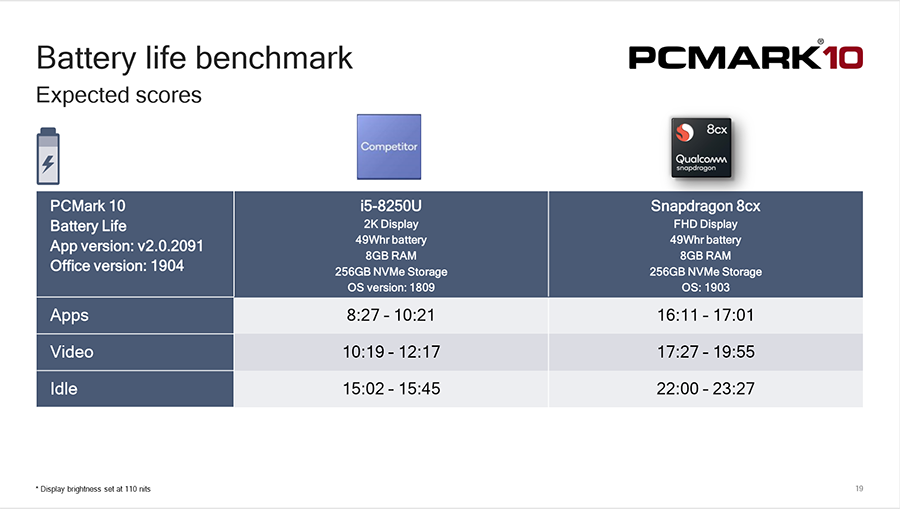 Battery life benchmarks demonstrate the new Kryo 495 is showing its muscles while being power efficient where it shows that outperforms the competitor and in some instances, almost doubles the battery life on 8xc system.

The Snapdragon 8cx icomes as a passive cooling machine with maximal TDP of 7W and still manages to defeat the Core i5 8250 U quad core with eight threads based on Kaby Lake R 14nm architecture. It would be interesting to see how the 8cx performs against the 9th generation Core i5 Y series, as these two are fighting for the same thin and light designs and Intel only has two CPU cores while Qualcomm managed to squeeze in four.

On the 3DMARK test, the new chip showed consistently better results in GPU but scored slightly lower result when it comes to CPU score, but the overall outcome makes the 8cx a winner. Bear in mind that all future 8cx laptops come with 4G connectivity out of the box and will bet on seemless WiFi to Mobile data connection and true always connected PC. 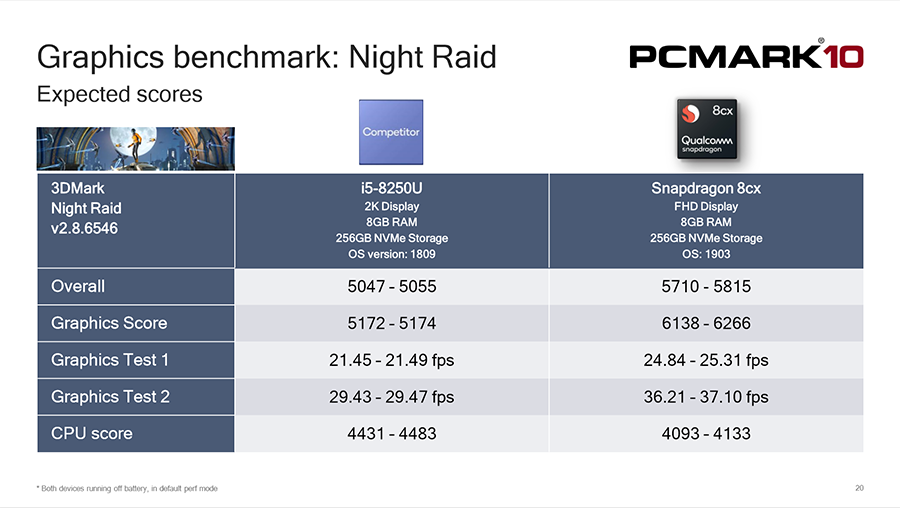 https://youtu.be/C8wmb6CjQ6g
More in this category: « Intel all core 5GHz Turbo i9 9900KS announced Lenovo showcases a 5G Snapdragon 8cx PC »
back to top