To get developers ready for Logan

In addition to GPU and Tegra roadmap updates Nvidia also showed and detailed its newest Kayla developer platform for CUDA on ARM, which should get developers ready for Logan SoCs scheduled for next year.

Built on a mini-ITX-like motherboard, the Kayla developement platform is based on a Tegra 3 CPU and connected via PCI-Express to a yet to be detailed dedicated GPU based on the Kepler design. The GPU has 2 SMXs for a total of 384 CUDA cores, according to a post over at PCGameshardware. The developer platform is solely made in order to give developers something to work with in case they want to see how well CUDA works on ARM, since Logan, with a Kepler-based GPU, will be the first CUDA-capable ARM SoC. 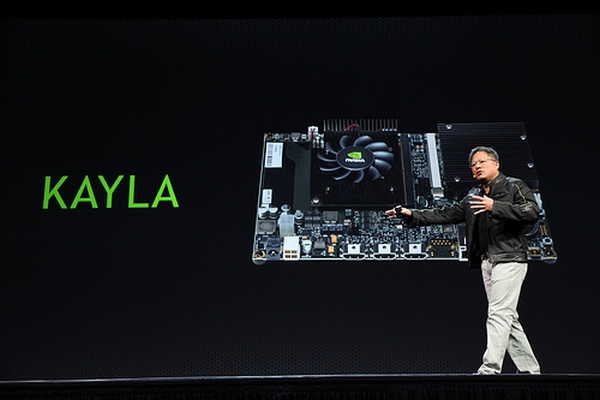 The Tegra 3 CPU part, paired up with 2GB of RAM, was most likely picked due to its PCI-Exprsss bus capability and should not reflect the actual performance of the Logan SoC, both performance and power consumption wise, considering the fact that the current Kalya board sucks around 10W. The "unnamed" GPU, paired up with 1GB of its own RAM, will be available in both MXM and PCI-Express form depedning on developers choice. It will bring all those neat CUDA features including OpenGL 4.3 features like tesselation, geometry shaders and compute shaders, all to be available on Logan as well since it is also based on the Kepler GPU.

The Kayla developer platform is certainly different from what we will see with Logan, at least on the specification and performance level, but should offer similar feature list, at least when CUDA is concerned. 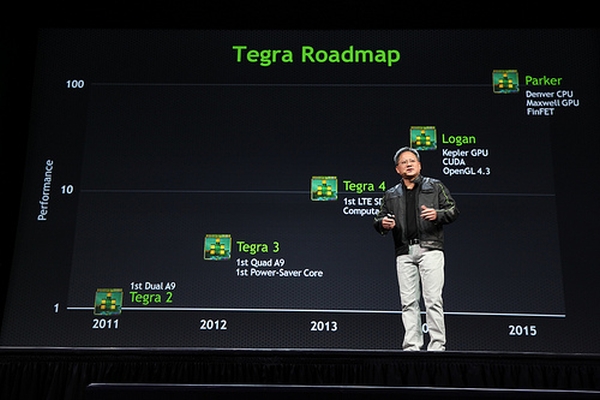 Nvidia did not shed any light on specific details of Kayla, as it keeps all the juicy details for developers interested in it. It should be available in next few months and it would be quite interesting to see what some developers can do with it as it will certainly be a good indication on what to expect in Logan parts.

Thanks to the fact that Nvidia is currently quite keen on giving superhero names to its Tegra related products and Jen-Hsun note that Kayla is "Logan's girlfried" it was just a matter of time before it can be pin-pointed to Kayla Silverfox that appeared in X-Men Origins: Wolverine and the original X-Men Animated Series.