Nokia's new cheap phone has feature not found on flagships 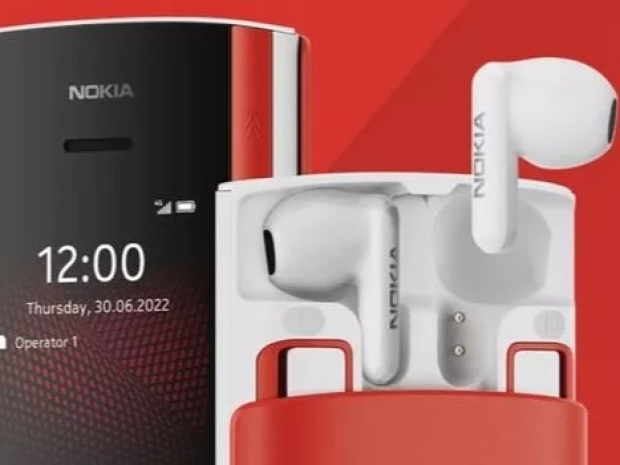 The former maker of rubber wear, Nokia has released a super cheap phone which has a feature that Apple would be hyping the hell out of, if it had thought of it.

The 5710 XpressAudio ships for £74.99 and not only does it have the usual 4G technology, a large colour screen and single rear camera it has in-built wireless earbuds which pop out to offer full music playback via the FM radio and MP3 player

Tucked inside the rear case of this device is a pair of wireless earbuds,which pop out so users can listen to their favourite tunes via Nokia's MP3 player. Thanks also to the in-built FM radio, there's full access to all the most popular stations such as BBC, Captial and Virgin so there should be no shortage of entertainment.

There are even neat touch controls on the side of the phone which make it easy to skip tracks and pause the tunes. Once finished, the buds then pop back inside the phone for an instant refill ready for the next time they are needed.

Since it is Nokia there is good battery life, in fact the company says that you can 20 days of life without needing to go near a plug. Compare that to Apple's iPhone which can only manage that if you never turn it on.

This device also gets a colourful 2.4-inch screen, full 4G connectivity for speedy downloads and it comes with the classic Snake Game pre-installed. Basically it makes a great emergency phone.

Last modified on 18 August 2022
Rate this item
(4 votes)
Tagged under
More in this category: « Xiaomi 12T Pro to end up with a 200MP rear camera module Tsar Putin gets Linux to run on desktop and mobile »
back to top