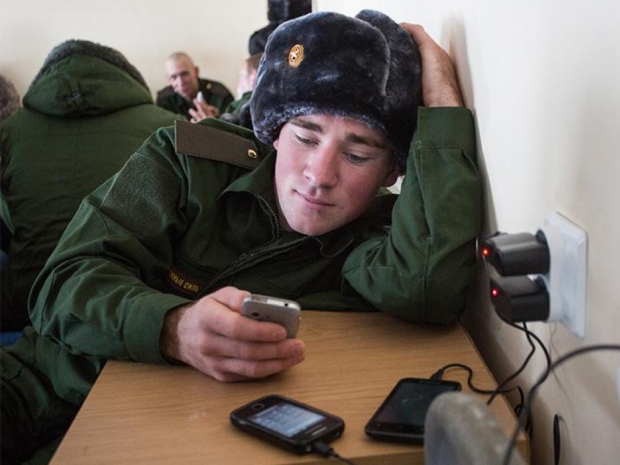 The Washington Post reports Russian troops in Ukraine "have relied, with surprising frequency, on unsecured communication devices such as smartphones and push-to-talk radios."

But this is leaving Russia's units "vulnerable to targeting...further underscoring the command-and-control deficiencies that have come to define Moscow's month-long invasion, observers say.

While the Russian military possesses modern equipment capable of secure transmission, but troop on the ground have found these too difficult to use and have been using less-secure lines. Reports have come in of young soldiers actually using personal phones to contact others.

Another issue was that the Russians were relying on Ukraine's mobile communication infrastructure which it helped damage, but was also wide open for government monitoring.

A European intelligence official said there were multiple instances of Russian commanders confiscating their subordinates' personal phones for fear they would unwittingly give away a unit's location.

Kostas Tigkos, a Russian military expert at the defense analysis firm Janes Group said that the Ukrainians had destroyed Russia's communication nodes, to temp adversaries to use less-secure equipment.

There is anecdotal evidence that Russia's unsecured communications have led to battlefield losses and another was purportedly killed in an airstrike after his mobile was detected by the Ukrainians.

Russian military transmissions over unsecured lines are now even being listened to by amateur radio enthusiasts at online sites like WebSDR (a software-defined radio receiver connected to the internet).

Last modified on 29 March 2022
Rate this item
(2 votes)
Tagged under
More in this category: « Apple set to rebrand A15 Bionic chips Nothing is better than iPhone »
back to top