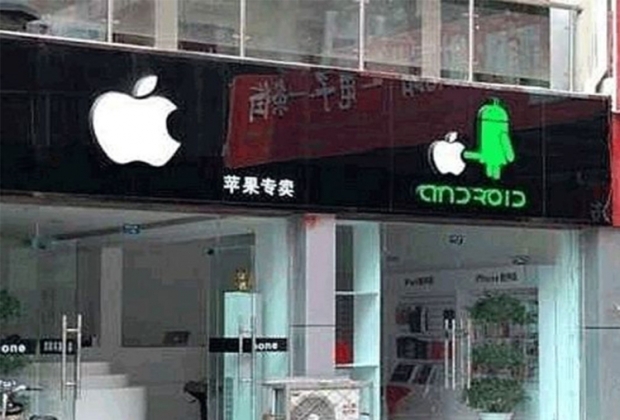 Apple staff wanting to unionise are having to discard their over-priced Apple gear in favour of Android which cannot be used by the company to spy on them.

According to a report from the Washington Post, Apple Store employees at several retail stores in the US are said to want to unionise because Apple does not trickle down any of its huge mountain of profits to staff.

Groups at two stores are reportedly preparing paperwork to file with the National Labor Relations Board, with about six more locations at earlier stages of planning. The Post says the main source of unrest is due to wages. Apple pays retail employees in the range of $17-$30 per hour, depending on role and seniority. However, the workers say these rates have not kept up with inflation.

While unionisation is fair enough in most civilised countries, Apple, like most evil US companies, has problems with its staff getting unionised and having collective power. Previously attempts to talk about unionisation on Apple’s company channels have been shut down. Store managers have already been ordered to start warning how unionisation would harm employee working conditions.

"Apple Store employees at one store said managers have already begun pulling employees aside and giving speeches about how unions will hurt employees, lower their wages and force Apple to take away benefits and opportunities, such as the 'career experience. 'Managers have been caught trying to eavesdrop on employees, while pretending to do something else."

Now it appears that some staff are fearful that Jobs Mob management are using the same phones that they flog as being good for personal privacy and super secure to spy on them.

According to reports to keep away from eavesdropping by retailer managers and guarantee they continue to be nameless, staff have additionally reportedly been using encrypted chats and even Android telephones.

Last modified on 21 February 2022
Rate this item
(2 votes)
Tagged under
More in this category: « Samsung schedules its MWC 2022 event for February 27th Qualcomm shows off Snapdragon X70 »
back to top