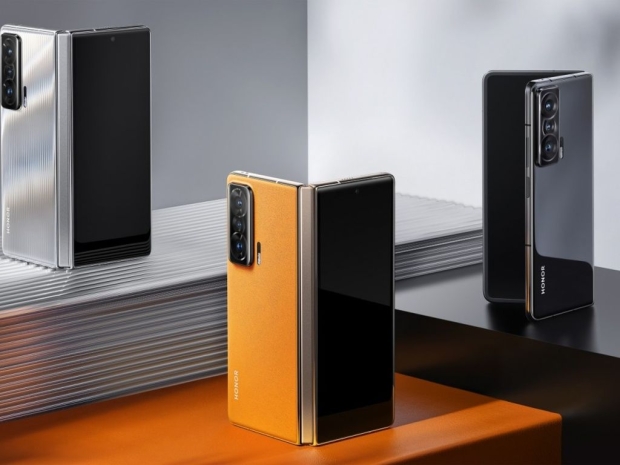 It was bound to happen and the first Snapdragon 8 Gen 1 foldable phone honor goes to Honor Magic V, a rather neat looking 6.45-inch phone that unfolds into 7.9-inch one.

The Honor Magic V measures at 160.4x141.1x6.7mm when unfolded and rather reasonable and 160.4x72.7x14.3mm when folded. Such dimensions make it closer to a standard phone when folded with a 21:9 aspect ratio, something that Honor was keen to point out when they compared it to the Galaxy Z Fold3, which has a rather narrow 25:9 ratio. It also comes with a glass front and glass back, and there is an optional eco-leather back as well.

The main 7.9-inch screen, which folds completely flat, is a flexible OLED screen with 2272x1984 resolution, leaving it with a 10.3:9 aspect ratio and a 90Hz refresh rate. As expected, it is a 10-bit panel with HDR10+ support and 800nits of peak brightness. It also gets IMAX Enhanced certification, making it one of the first foldable phones with such a rating. 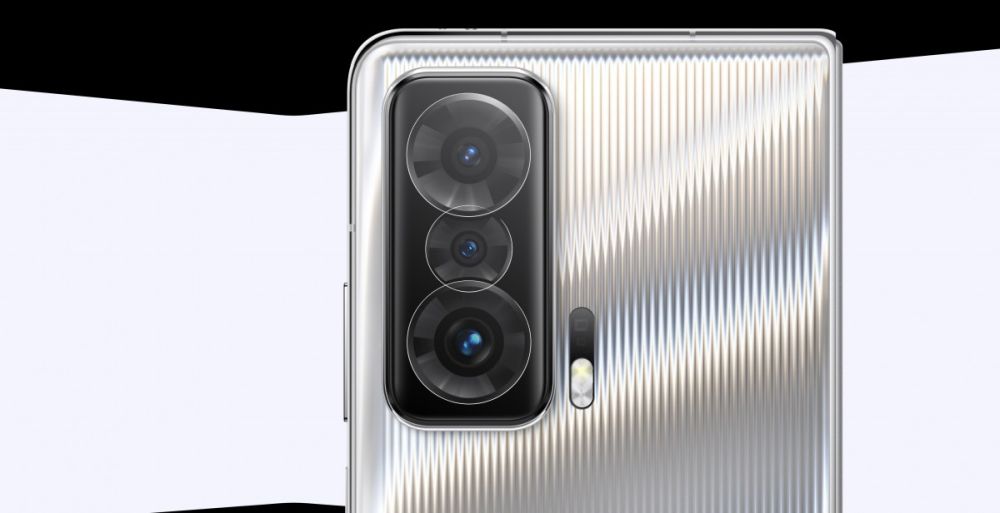 As noted, the Magic V is powered by Qualcomm's latest Snapdragon 8 Gen 1 SoC, paired up with 12GB of RAM and either 256GB or 512GB of internal storage. It has a 4,750mAh battery with 66W fast charging, which should get it up to 50 percent in 15 minutes. As expected, it runs on Honor's Magic UI 6.0 based on Android 12 and comes in Titanium Silver, Black, and Burnt Orange colors.

The rest of the specifications include all the usual connectivity options provided by the Snapdragon 8 Gen 1 SoC, side-mounted fingerprint sensor and stereo speakers.

The price starts at CNY 9,999 ($1,570), which is a pretty penny, and it should go on sale in China as of January 18th. It appears that Honor still hasn't decided if the Magic V will be available outside of China.

Rate this item
(0 votes)
Tagged under
More in this category: « Hackers can mimic iPhone reboots and keep iOS malware installed Samsung might unveil its Galaxy S22 series on February 8th »
back to top