Iphones are no easy rider 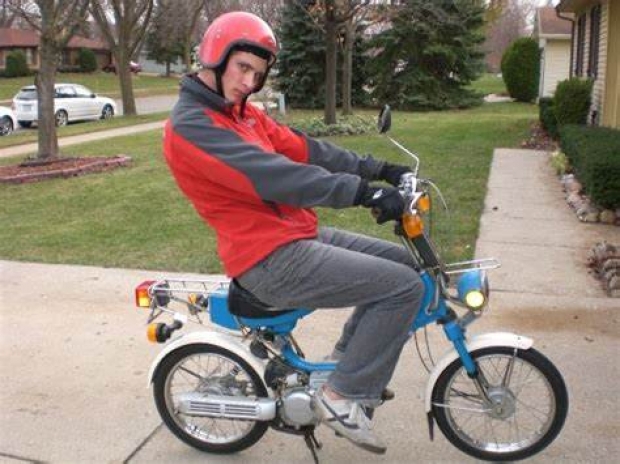 Camera is broken by motorbike journeys

Apple fanboys keen to strap their iPhone to their  motorbike are fast finding out their their expensive toys are not up to the task.

In a new Apple Support post, the tech giant has warned that high amplitude vibrations, "specifically those generated by high-power motorcycle engines" transmitted through handlebars, can damage its phones' cameras.

As the publication notes, that damage can be permanent. A simple Google search will surface posts over the past few years by users whose cameras were ruined after they mounted their iPhone on their bike, mostly so they can use it for navigation.

The problem only affects a few Apple fanboys as most of their mums would not let them ride a proper motorbile, and Apple says that mopeds and scooters should "at least use a vibration-dampening mount to minimise the chances of any damage"/

The Tame Apple Press sniffs that Apple Fanboys should "Just use another GPS device to make sure you don't ruin a device that costs hundreds to over a thousand dollars".

Of course they should. They should invest in a phone which does not so flimsy it falls to bits under the mighty G force of a Vespa’s engine.