MediaTek brings 5G to the midrange 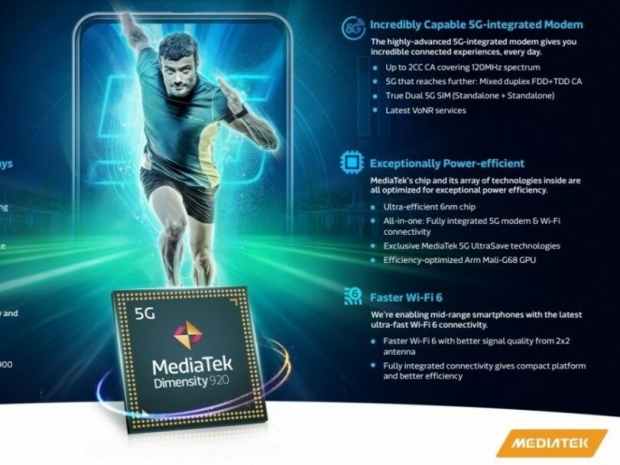 MediaTek has released two new chipsets which could be instrumental in bringing 5G to the midrange.

At the moment network operators and smartphone makers have been pushing 5G but the problem is that it tends to only appear on high end phones and not for the great unwashed.

Higher end phones are not doing so well either, and many people want mid-range prices rather than shelling out for something top-of-the-range which will not last a year.

Built on a 6nm process, the Dimensity 920 puts a heavy focus on gaming and multimedia performance. In addition to MediaTek’s HyperEngine 3.0 technology, the chip supports adaptive displays that allow it to pick the perfect refresh rate needed for the job. The chip uses an octa-core configuration of Cortex-A78 and Cortex-A55 to balance performance and efficiency.

The Dimensity 810 6nm process is a bit lower than the existing Dimensity 820, with Cortex-A76 and Cortex-A55 cores clocked at lower speeds. Despite that, the chipset still has fast refresh rates of up to 120Hz and leans heavily on AI-powered imaging features.

According to MediaTek,  Dimensity 920 and the Dimensity 810 phones will arrive in the third quarter of the year.

Last modified on 12 August 2021
Rate this item
(2 votes)
Tagged under
More in this category: « Xiaomi officially unveils the Mi Mix 4 Realme could be first to use Mediatek 6nm Dimensity 810 SoC »
back to top