Huawei still on the hook after US regime change 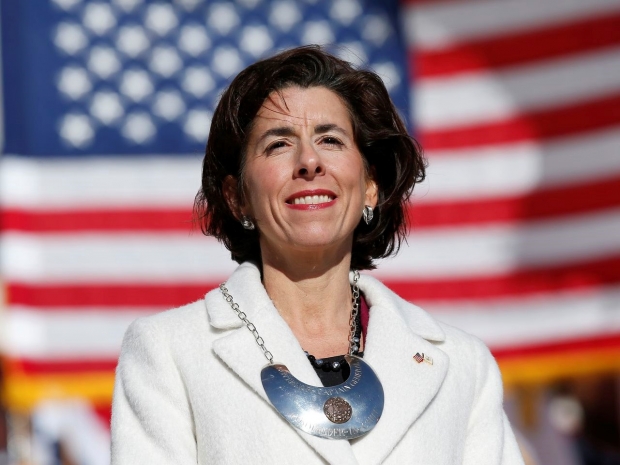 Biden still wants it on a restricted trade list

President Joe Biden’s nominee for Commerce secretary, Gina Raimondo (pictured), said she knows of “no reason” why Huawei and other Chinese companies should not remain on a restricted trade list.

Raimondo, in written questions from Senate Republicans, was asked about the company, as well as Semiconductor Manufacturing International, Hangzhou Hikvision Digital Technology  and others. They are on a list that requires US firms to obtain government licenses if they want to sell American tech and intellectual property to the companies.

Raimondo said: “I understand that parties are placed on the Entity List and the Military End User List generally because they pose a risk to US national security or foreign policy interests. I currently have no reason to believe that entities on those lists should not be there. If confirmed, I look forward to a briefing on these entities and others of concern.” An answer that makes mud look transparent.

Raimondo, when asked about the matter during her 26 January, Senate confirmation hearing did not specifically commit to keeping Huawei on the list. That prompted several House Republicans to ask their Senate counterparts to delay her confirmation. The Senate Commerce, Science and Transportation Committee voted 21-3 on Wednesday to advance her nomination.

Asked about Raimondo’s remarks, a Chinese Foreign Ministry spokesman reaffirmed the country’s opposition to US security restrictions on its companies. “We urge you to stop this wanton oppression against Chinese companies”, spokesman Wang Wenbin said at a regular news briefing yesterday in Beijing.

Last modified on 05 February 2021
Rate this item
(2 votes)
Tagged under
More in this category: « Xiaomi to bring wireless charging across the room with Mi Air Charge Metalenz aims to disrupt smartphone cameras »
back to top