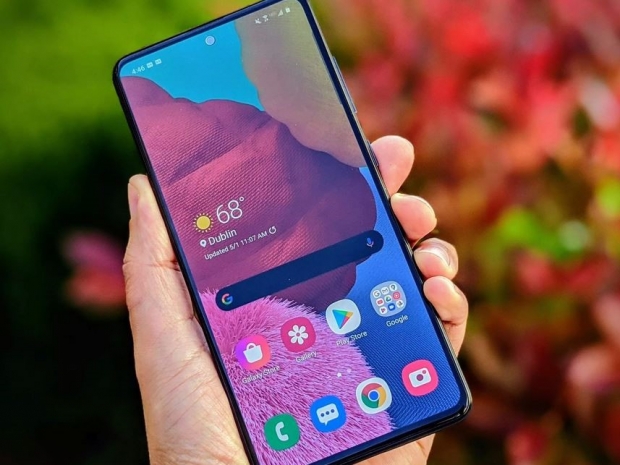 Samsung remains the smartphone king of the world, according to beancounters at Gartner.

Big G said that COVID-19 severely nobbled the smartphone business as sales dropped 20 percent throughout the world during Q2 2020. But despite a sharp fall in sales, Samsung remained the number one smartphone brand in the world with Huawei, which managed to topple Samsung from its top position in April, a close second.

Gartner said that Samsung managed to sell 54.75 million smartphone units during the second quarter of 2020, capturing an 18.6 percent share of the market. However, the company’s sales dropped by 27.1 percent compared to Q2 2019. Huawei, on the other hand, sold 54.12 million units and captured an 18.4 percent share of the global smartphone market, a 6.8 percent drop from Q2 of 2019.

Apple’s sales dropped. The company sold 38.38 million iPhones during the second quarter to capture a 13 percent share of the smartphone market, a drop of 0.4 percent compared to Q2 2019. Xiaomi and OPPO sold 26.09 million and 23.61 million units, respectively. Xiaomi’s market share during Q2 2020 stood at 8.9 pe cent, while OPPO’s market share was eight percent. 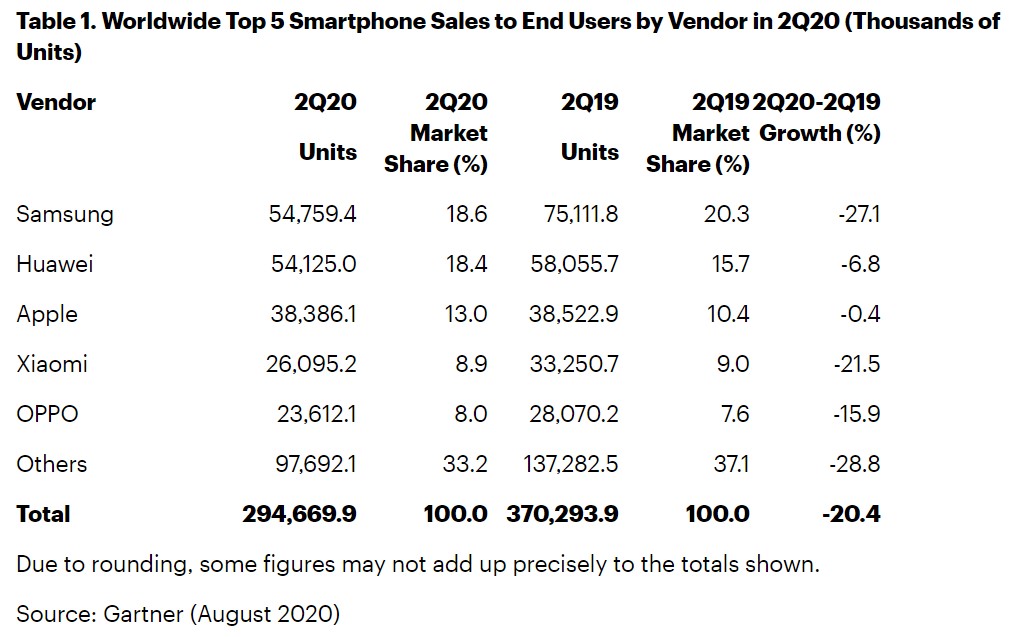 Last modified on 26 August 2020
Rate this item
(1 Vote)
Tagged under
More in this category: « Intel losing the iPhone contract was the beginning of the end Ultra-Wideband use grows »
back to top