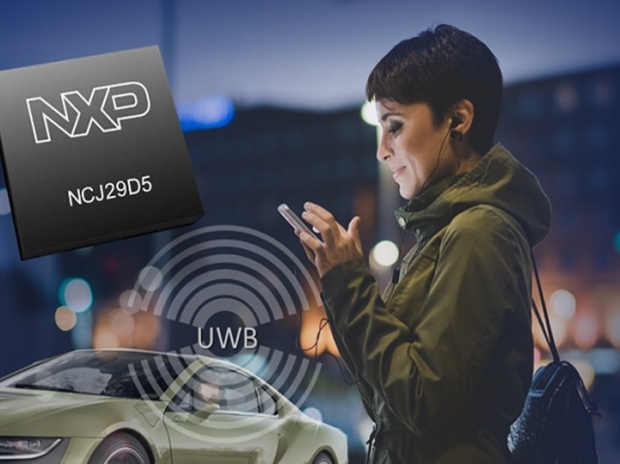 Ultra-Wideband (UWB) has experienced a large amount of growing momentum in the past few months, as an increasing number of companies offering devices or chipsets that support the accurate, cm-level, real-time ranging and positioning technology.

Stephanie Tomsett, Research Analyst at ABI Research said: “While other devices will also have the ability to provide these use cases and others, the vast shipment numbers associated with smartphones will allow the devices to lead the UWB market.”

The first company to apply the technology is Apple, which has integrated UWB into its U1 chip, currently available in its iPhone 11 devices, released in September 2019. The technology is likely going to be used for AirDrop, smart home control, security, AR, and positioning. With AirDrop, UWB will provide spatial awareness capabilities, enabling two UWB-enabled iPhones (or other devices in the future) to understand that they are pointed at each other, allow for wireless data transfer. Apple is also expected to update its Car Key technology, which currently uses NFC, to use UWB, based on upcoming Car Connectivity Consortium standards, allowing new iPhones to use the technology to unlock vehicles. The company is also expected to release UWB-enabled personal trackers, AirTags, which will allow users to locate lost items with an UWB-enabled iPhone.

Samsung  announced that the Galaxy Note 20 Ultra features UWB technology, which is designed to be used for file sharing, unlocking smart doors, locating lost compatible devices, and mobile payments. Other smartphone companies, such as Oppo, Huawei, Xiaomi, and Sony, are expected to add UWB, initially to their top-tier devices, but to mid-tier and even low-tier in the future.

Likely use cases for UWB in these smartphones will include digital keys for home or vehicle access, secure payment methods, data transfer, and connecting with UWB personal tags. Many of these smartphone companies are members of UWB organisations, including the FiRa Consortium, the UWB Alliance, and the CCC, aiding with the development and promotion of UWB technologies, standards, and use cases.

“In the longer term, UWB has the potential to ubiquitous as Bluetooth within smartphones, provided companies within the market overcome challenges such as the complex integration of antennas, the current high cost of components and infrastructure, the limited awareness around what the technology provides over others such as Bluetooth, and the regional restrictions may lead to multiple SKUs being required. Work and acquisitions made by many IC vendors in the market, including those involving NXP, Qorvo, and STMicroelectronics, have highlighted the increased momentum and the potential for UWB to become ubiquitous in devices, such as smartphones, wearables, laptops, and tablets, in the future.”

Last modified on 26 August 2020
Rate this item
(0 votes)
Tagged under
More in this category: « Samsung biggest smartphone maker Google Pixel 5 to end up with Snapdragon 765G »
back to top