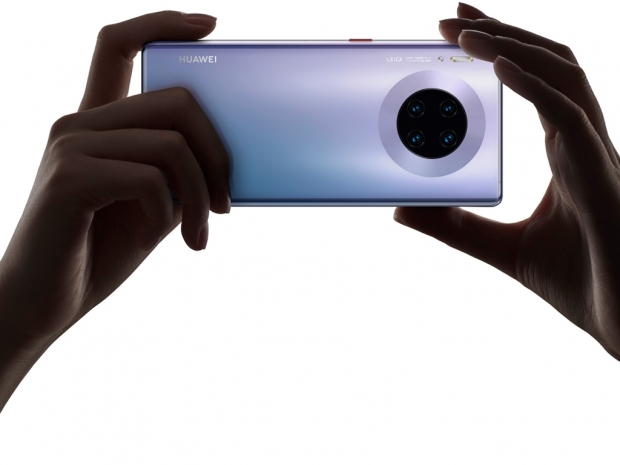 Huawei has officially unveiled its new flagship Mate 30 series smartphone lineup, once again pushing the envelope in the smartphone camera department, as well as bringing further improvements in display, battery life, performance and other departments, but this time it lacks Google Play service and comes at the highest price tag ever.

Huawei had a lot to show at its European event in Munich, and there will be several versions of the Mate 30 series smartphone, including the standard Mate 30 and the Mate 30 Pro, both also coming as 5G versions, with the Kirin 990 5G SoC.

The Mate 30 Pro is definitely earning the flagship title, and while Galaxy Note 10+ 5G, P30 Pro and S10 5G might hold the top of the DxOMark camera ranking table, Mate 30 Pro will definitely push it to a whole new level. The new flagship will not lack in the performance department either with the new Kirin 990 SoC.

The new Huawei Mate 30 Pro measures at 158.1x73.1x8.8mm and weighs 198g, and it features front and black glass (Gorilla Glass 6), combined with aluminum frame. Unlike the standard Mate 30, the Mate 30 Pro is IP68 certified, which means it is dust resistant and can stand up to 2m of water for 30 mins.

The screen on the Mate 30 Pro has been also upgraded, which Huawei now calls the Horizon Display, due to its 88-degree curved sides. It is a 6.53-inch OLED panel with 2400x1176 resolution, support for HDR and DCI-P3 color gamut, has an always-on mode and supports Huawei's own M-Pen stylus. Due to the fact that display curves on the sides, you can set it up with virtual buttons, for anything from volume rocker to shutter key.

The bottom and the top front part have been redesigned as well, and Huawei put a lot of effort to keep the notch as small and as narrow as possible.

The biggest selling point of the Mate 30 Pro is its camera system, and Huawei once again pushed the envelope, equipping it with a total of four different camera modules on the rear of the phone, all adding up to impressive ISO of 409600, 45x zooming range (3x optical, 30x digital), special Pro-Bokeh mode, as well as dual OIS and AIS stabilization.

With these impressive specifications, this is the first Huawei smartphone to record 4K video at 60FPS, and even offer higher 7680FPS slow-motion recording at 720P. The video can go up to ISO 52,000.

The aforementioned notch houses a 32-megapixel selfie camera with FHD+ video recording and you also get gesture support, via dedicated Gesture Sensor, as well as two 3D Depth Cameras, and, of course, ambient light and proximity sensor. You also get an in-screen fingerprint reader.

It will come with a 4,500mAh battery and has support for 40W wired charging and 27W wireless charging, which puts it ahead of the competition by a big margin.

The Mate 30 cuts-down in both display camera department

The screen is still an OLED panel, but this time it is not the Horizon Display, but rather a flat one with 2340x1080 resolution. The notch is also smaller as it uses a different 3D sensor and it comes with a 24-megapixel selfie camera.

The rear camera modules are somewhat changed, as while there is still a 40-megapixel SuperSensing Wide module from P30 Pro with 27mm lens and f/1.8 aperture, the Ultra-Wide one drops down to 16-megapixels, and there is no 3D Depth Camera, but rather Laser Focus module, and an 8-megapixel Telephoto module.

It also has a smaller 4,200mAh battery and, surprisingly, isn't IP68 resistant.

Bear in mind that the Mate 30 5G and Mate 30 Pro 5G smartphones will use Kirin 990 5G SoC, which has a dedicated 5G modem inside the SoC, slightly higher core clocks and additional big NPU core. It is also made on different 7nm+ EUV manufacturing process.

Both the Huawei Mate 30 and the Mate 30 Pro will start selling in China as of today, with shipping for Pro starting on September 28th, and we expect both phones on other markets in October. It is still not clear if the same timeframe stands for 5G versions but hopefully, this will be cleared in a couple of next days.

The biggest hit for Huawei is the lack of Google Play on its new Mate 30 series, which might not be that appreciated in Europe. While the entire series runs on EMUI10 on top of Android 10, you'll get Huawei Mobile Services, an open-source service with Huawei AppGallery, which also includes Huawei Mobile Cloud, which will take over from Photos and Drive, Huawei Video for movies, even Huawei's own browser, and more.

Hopefully, Huawei will be able to keep its momentum in Europe and its Mate and other smartphones will keep the competition on its toes.

Rate this item
(1 Vote)
Tagged under
More in this category: « Mate 30 Pro and Mate 30 will sell in the UK Huawei Watch GT 2 with 14-day battery is out »
back to top