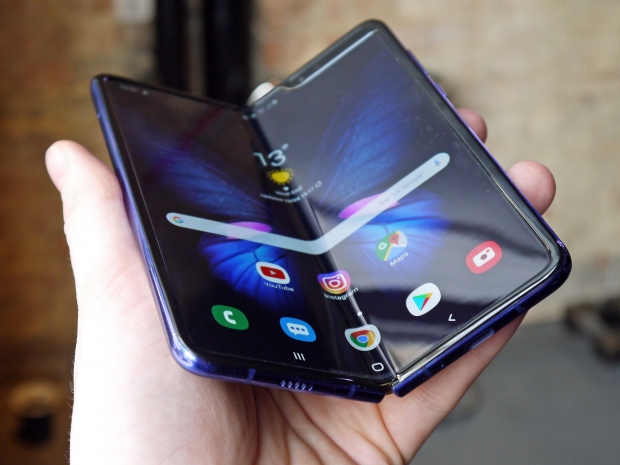 Will go on sale in September

Samsung's first foldable smartphone will go on sale in September after problems with the device delayed its initial release.

The April launch of the Galaxy Fold was postponed after early reviewers reported broken screens. Samsung said it had made "improvements" to the nearly $2,000 (£1,603) device which would be sold in "select markets".

The firm has been racing to launch a folding smartphone before its rivals and the Tame Apple press was desperate to prove that Samsung had not beaten their favourite phone company to market. Reviewers appear to have picked at a protective skin on the screen until it came off and then complained it did not work.

"Samsung has taken the time to fully evaluate the product design, make necessary improvements and run rigorous tests", the company said in a statement.

Improvements include extending a protective layer to make it clear it is not meant to be removed, as well as strengthening the hinge area with new protection caps.

Last modified on 25 July 2019
Rate this item
(0 votes)
Tagged under
More in this category: « Apple is picking at Intel's modem corpse Apple's buys Intel's modem business »
back to top