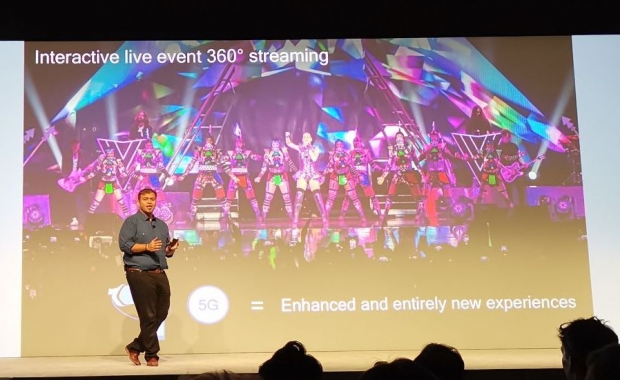 One of the big questions for many 5G sceptics is how it works in real life,  and Qualcomm has been pushing for the need for higher data rates, low latency and eXtended Reality.

Earlier this year we had a chance to see a similar demo with 60 Ghz mmWaves, in Barcelona, but then there were no 5G networks or devices ready. Now we've seen the next step,  a 5G NR live network and a  Snapdragon 855 powered device receiving video and rendering on XR glasses.

The demo embodied very high data rates, low latency in XR as it was a Qualcomm Snapdragon 855 reference design hooked to a VR headset that used a 5G connection to the live network in Maui, Hawaii.

Hiren Bhinde who took the stage earlier today and talked about the entertainment part of the Snapdragon 855 helped us with some additional details.

Ericsson infrastructure based 5G mmWave antennas were connecting to the XR headset. You can think of this as a phone that goes in a slot in VR, but in the product phase it might actually end up in a 5G enabled head mounted display (HMD). This is still a technology demo and not a product, but it was a great way to show a 180 degrees video, that had some 3D mesh elements and gave the impressionof 3D in it that was streaming from the cloud to the edge device. 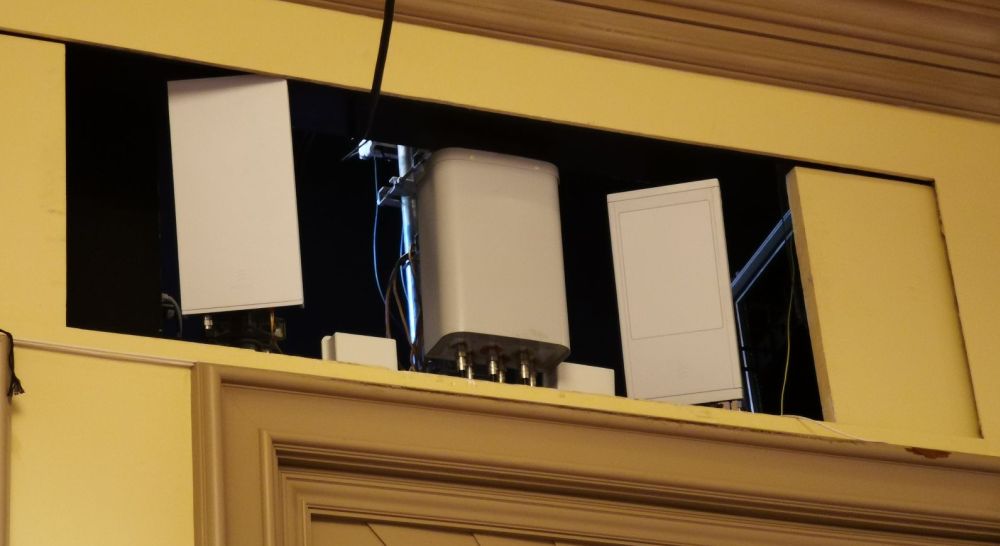 Hirin who is the director of XR Product Management and Strategy at Qualcomm, explained that you need 100 if not 100s of mbps to get this quality of 180-degree video. The demo is very interactive as once you move your head, the Snapdragon 855 calculates the 3D mesh data in order to give you the right volumetric data. It looks good and if you think about it, if you use 360 degrees video the data rate can be even higher but some techniques such as foveated rendering can help you save the data rate.

Low latency is critical as you need to have continuous video, the demo showed 2K per eye. The video recorded two brave people jumping from 55 feet (16.76 meters) ridge into the ocean. The latency at below 20ms is necessary in order to hit the comfortable spot with motion to photon. 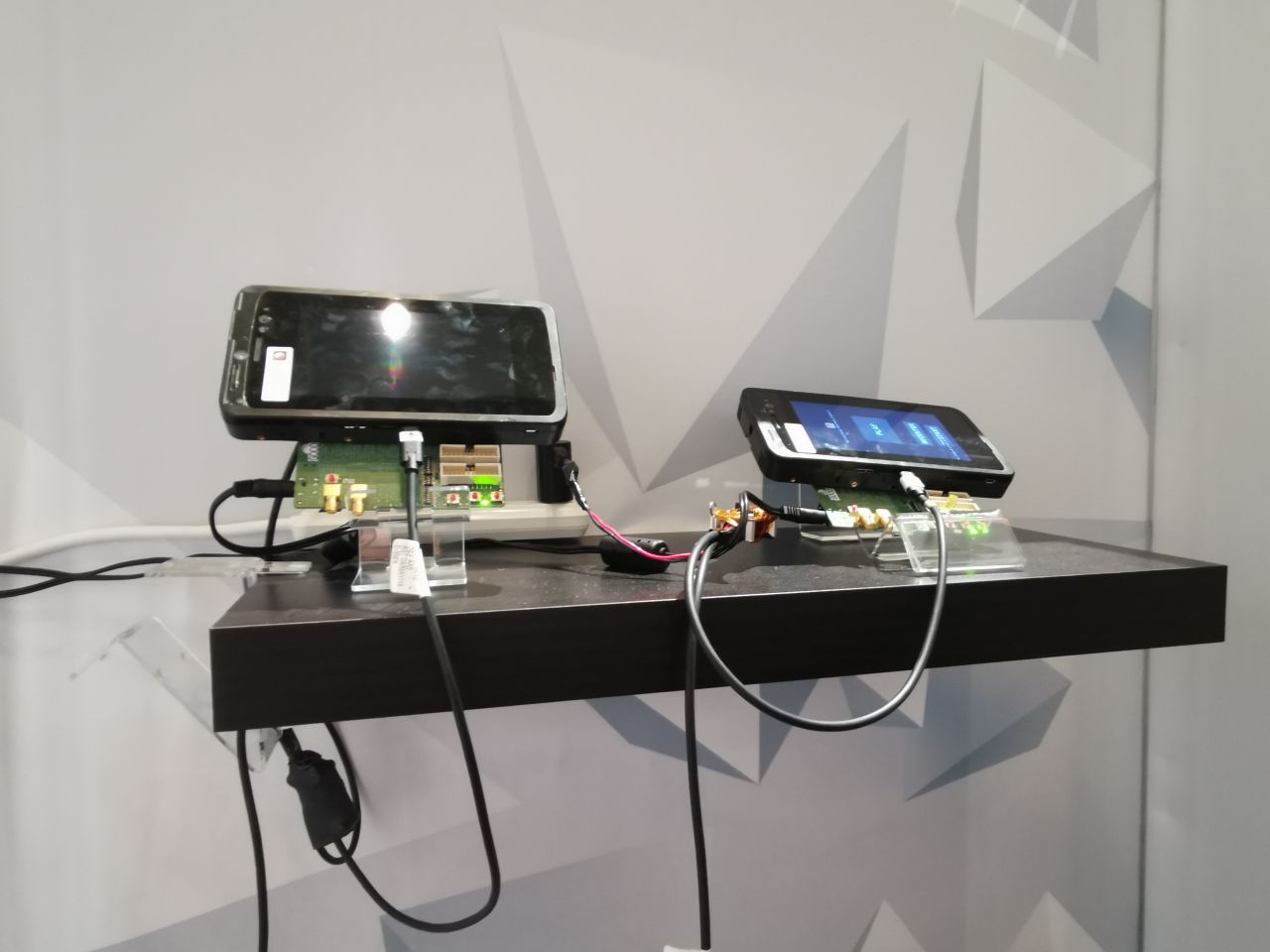 The CEO of Next VR, David Cole, earlier today mentioned that VR (XR) is the least forgiving media ever created. If you don’t hit the right quality, data rate and latency, you start to feel nauseous and sick, and that is to be avoided at all cost.

There is absolutely no doubt that immersive media will gain popularity in the future,  it just takes time. We are in this technology's infancy but the investment by Facebook and HTC Oculus and in both mobile and tethered devices make us certain there is a future for these devices. Some other smaller players also are making a good shake of things and having a 5G with such a device makes perfect sense. 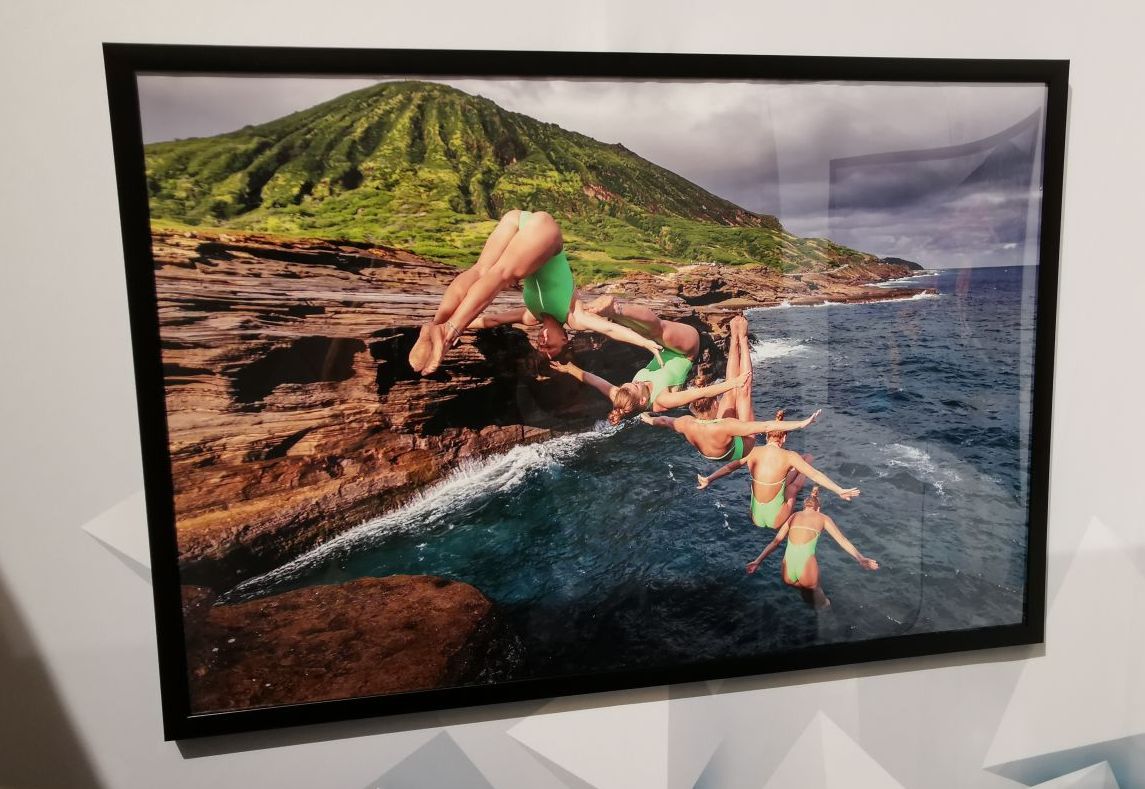 2K per eye needs to increase to a higher resolution and this is definitely coming as SoCs are getting faster with every generation. It is all about average data rate, as you want to stream uninterrupted, especially in immersive technologies such as XR -  and average speeds of 5G will easily get you to 100s of mbps. Verizon had a video of their field engineers getting close to 1000 mbps in many outdoor and multiple 100 mbps indoors on their 5G NR test network.

This is in the not so distant future.

Last modified on 06 December 2018
Rate this item
(0 votes)
Tagged under
More in this category: « Snapdragon 855 is a wireless beast Smartphones are in decline »
back to top