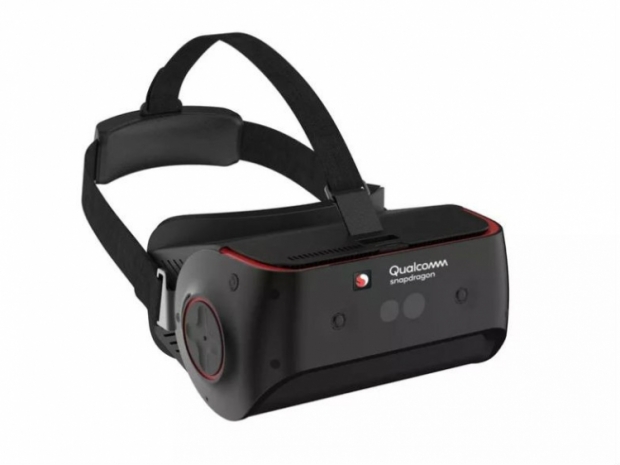 By the summer of 2017, I started hearing the term edge computing from a lot of C level meetings I had in the computing industry and it became very clear that this is the next big thing. At MWC 2018, Qualcomm demonstrated edge computing 5G mm Wave powered VR, which is likely to become the future of VR.

I was first told about edge computing by Raja Koduri, at that time leading AMD’s graphics business unit better known as the Radeon Technology Group. Raja is now at Intel leading the team of CPU and GPU engineers and guess what, they have a big focus on edge computing.

By now, all the VR companies - primarily Oculus/Facebook and HTC Vive, realized that customers want untethered VR. Both Intel and Qualcomm showcased their solution based on millimeter waves and HTC even announced its Intel powered WiGig product at CES 2018. HTC Vive Pro, a higher resolution headset, now has an accessory VIVE Wireless Adapter powered by Intel WiGig Wireless, 60 GHz mm waves of course.

While this is a huge step forward, this doesn’t help with the fact that a wireless adapter for Vive won’t be cheap and that the Vive Pro will probably go as high as $999+ at  the start. Currently HTC Vive is selling for $599 or €699 in Europe and you still see pixels. I have to admit that with HTC Pro that we tested at Nvidia at CES 2018, the pixels are gone, and the resolution has increased but it was still tethered.

What if I told you that the Snapdragon 835 powered Slot-in HMD prototype with WiGig 60 GHz wave wireless connection can perform great resolution too? This is where edge computing coming in with the emphasis to a super low, sub 5ms latency.

The demo was conduced by excellent 4G / 5G demo wizard Sherif Hanna, a Director of Product Marketing, and Peter Carson a Senior Director and a 5G evangelist while the demo team was lead by Serafin Diaz, a VP of Engineering at Qualcomm Research and his team.

Let us point out the contrast between our demo and the PC-centric approach. The Snapdragon 835 powered smartphone test device, inside a slot-in HMD, was wirelessly receiving and sending a data (with real time rendering) to a high-end PC. Interestingly, Qualcomm was using the high-end PC as its content server, while the other demo used a high-end PC as their VR client (tethered to an HMD).

Qualcomm used a high-end PC and a prototype slot-in Head Mounted Display powered by a millimeter wave 60 GHz WiGig wireless kit. The Snapdragon 835 powered HMD prototype was receiving and sending a data to a high-end PC. We had a chance to try a game demo with incredibly high-resolution characters. We are talking, millions of polygons demo on a Snapdragon 835 Head Mounted Display powered by a mobile chip. The demo is much more about how 5G low latency will transform the edge of the network and less about the state of VR. The projection and demo shows that the 5G will collapse transport delay in the radio layer to 1-3 milliseconds.

The demo is so early that not even foveated rendering was enabled and it was meant to be shown to its high-end customers. Once it gets enabled, foveated rendering will enable even more details and even higher resolution. You can imagine our surprise to see a mobile chip based Snapdragon 835 with great responsiveless and without low resolution or pixels.

Luckily, we made it to that demo too and had a chance to see the future of VR. The Snapdragon 835 powered HMD prototype was able to receive the gaming data via wireless and phone powered HMD prototype was performing 6 Degrees of Freedom and a few crucial mission critical things on the headset itself. This is how we got a great resolution out of the mobile chip as all the heavy rendering and compute was happening on a high-end PC powered by a high end graphics card. This is what edge computing is all about.

This is how things will happen in the future, some mission critical compute will happen on edge devices - in this case HMD VR glasses - while the heavy lifting will happen on the server/PC.

Bear in mind that Nvidia has invested a great deal of money it its Geforce Now streaming platform which is likely to become the future of gaming, especially for Mac users. The basic idea is that you wont need an expensive PC to play a game with great quality. 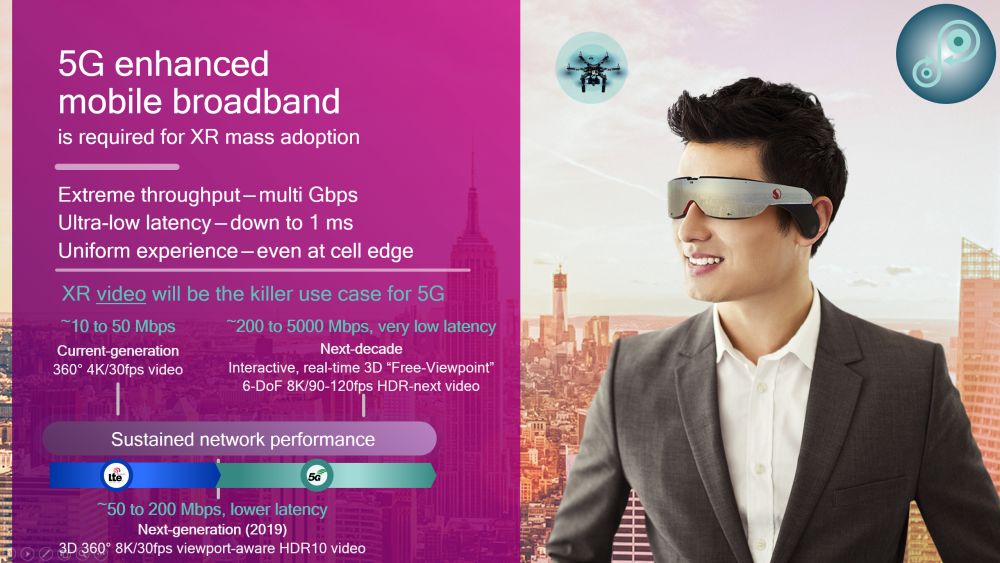 The 5G part might not be obvious to all. 5G uses waves similar to the WiGig and Qualcomm assured us that this should be enough bandwidth to give this quality of gaming on the VR glasses.

During the demo, I tried to shake my head like a madman, and at all points the demo was responsive, and no nausea and dizziness happened. Trust me, I tried really hard and it all went seamlessly -  both rendering and the responsiveness of the VR HMD.

Give it a few years you will have a future Snapdragon Head Mounted Display and use 5G to get a very good looking game on your mobile HMD in the park. Nvidia/AMD based GPU rendering will happen in some server cluster and the edge device, Snapdragon or some other SoC powered VR will be enough for quite good quality gaming.

Also bear in mind that 5G has sub 1 ms latency, something that should be enough for most. 5G will debut with at least 5Gbps speed (625 MB/s) and with time will probably end up many times faster. This sounds crazy today, but these are the speeds of the not so distant future. A Qualcomm Snapdragon X24 modem can enable 2 Gbps speeds on 4G / LTE network, that equals 250 MB/s peak speed. 802.11 ad with 60 GHz mm waves can reach up to 7 Gbps.

The winners of the 5G NR battle

Qualcomm demo distributes the VR workload optimally across device and server, but it's not just VR that can benefit. This principle can apply to a number of latency-sensitive apps running on a device that needs to communicate in real-time with a cloud server. The apps that will benefit most from 5G and 11ad are ones that require both high bandwidth and low latency. Some examples include AI with machine vision, Industrial IoT, 4K video editing and many more.

The demo is a proof of concept technology made to impress customers about the things to come. This is why we cannot show any pictures, but we will work very hard on a follow up part where we can tell you more tech details and share some pictures and videos.

This demo is what will make Qualcomm, Intel and all the other major players in 5G, including Samsung and Huawei, MediaTek much bigger companies worth much more than they do today, of course these will be the  winners of 5G.

The future is more wireless than anytime before and will play an exceptional role in the next decade. You will finally be able to cut most of the cords by the early 2020s and the massive deployment of 5G. For some advanced markets, 5G starts as early as late 2018 for demos and 2019 for the first commercial deployments.