iPhone XS has Intel modem inside 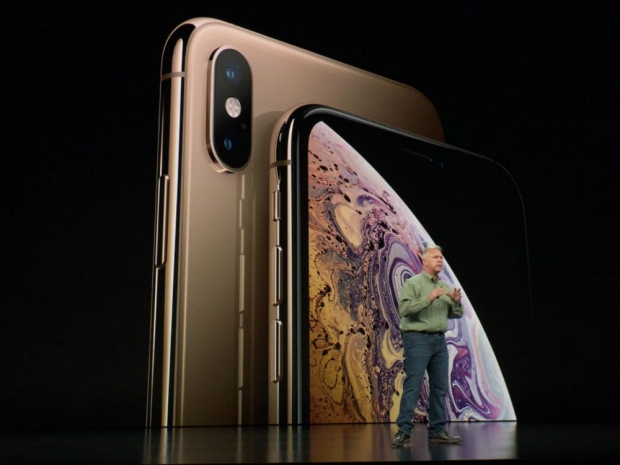 iPhone XS and XS Max have started reaching their early adaptors, and at the same time iFixit managed to dismantle it and tell us which chips are inside of the precious overpriced phone.

The brain for both phones is the Hexa-core A12 Bionic SoC with a "next-generation" Neural Engine probably one of the largest mobile chips ever made. With 6.9 billion transistors without modem, it definitely takes a large space compared to the soon to start shipping Kirin 980 with 7nm and same transistor count but with the modem counted in the transistor number. The Apple APL1W81 A12 Bionic SoC layered over Micron MT53D512M64D4SB-046 4 GB LPDDR4X SDRAM chip to save some space, but nevertheless, it is big.

The 64 GB version has the Toshiba TSB3243V85691CHNA1 64 GB flash storage and we will skip the list of audio codec, USB power delivery, display port, battery DC converter, power management, audio amplifiers and battery charger chips as iFixitiFixit has them all listed just fine. The WiFi/Bluetooth combo comes from Apple/USI while both XS and XS Max has one modem choice, the Intel PMB9955 (likely XMM7560) baseband processor/modems.

As was reported before, there is no Qualcomm circuitry inside this model but miraculously Apple can now use 4x4 MIMO, QAM 256 to get to Gigabit LTE speed, something that the Qualcomm solution had two years ago.

Well you cannot argue with Apple, it orders you what to buy and the choice, or the lack of it is down to an Apple user only. The choice is buy it or not buy it but Apple made this simpler for the non tech person as there is only one choice of modem, the worse of the two. Apple had to disable fancy modem features from Qualcomm based phones last year to make Intel stay competitive as Intel could not support them. Now it can, reaching 1 Gbps maximal theoretical speed at the same time as Qualcomm got to 2 Gbps.

Another thing worth mentioning is the L shaped battery with 2658 mAh. Both phones score a repairability score of 6, which is OK,, but not great.

Whatever we write in this story, is as the Borg likes to say, irrelevant for Apple fanboys as they will buy or have already bought this phone. And the earth will continue spinning.