Companies must unlock their phones Down Under 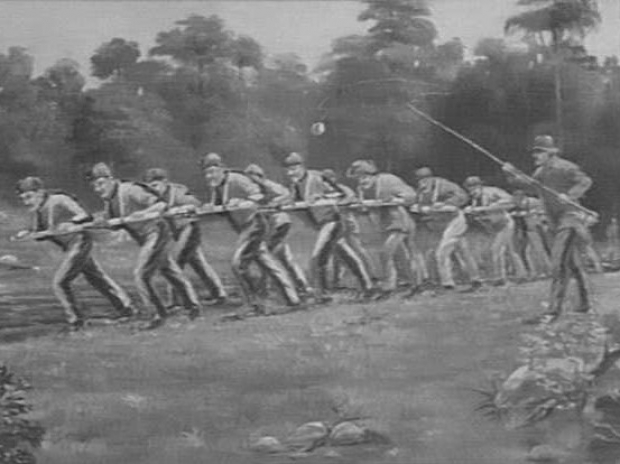 Ten years as a convict if you don’t

Australia will lock you up for a decade if you fail to give coppers your smartphone to look at.

Under Australia's existing Crimes Act, judges could jail a person for two years for not handing over their data. The proposed Bill extends that to up to ten years, arguing that the existing penalty wasn't strong enough. They would have opted for transportation, but unfortunately Australia was the place civilisation transported criminals to in the first place.

Companies would be subject to two kinds of government order that would compel them to help retrieve a suspect's information.

The first of these is a "technical assistance notice" that requires telcos to hand over any decryption keys they hold.

This notice would help the government in end-to-end encryption cases where the target lets a service provider hold their own encryption keys.

If the suspect stores the keys themselves the government will use an order called a technical capability notice. It forces communications providers to build new capabilities that would help the government access a target's information where possible.

In short, the government asks companies whether they can access the data. If they can't, then the second order asks them to figure out a way.

The government's explanatory note says that the Bill could force a manufacturer to hand over detailed specs of a device, install government software on it, help agencies develop their own "systems and capabilities", and notify agencies of major changes to their systems.

"The proposed legislation also creates a new class of access warrant that lets police officers get evidence from devices in secret before the device encrypts it, including intercepting communications and using other computers to access the data. It also amends existing search and seizure warrants, allowing the cops to access data remotely, including online accounts."

Last modified on 20 August 2018
Rate this item
(0 votes)
More in this category: « ARM notebook future leans on 5G Japan orders carriers to be more reasonable »
back to top