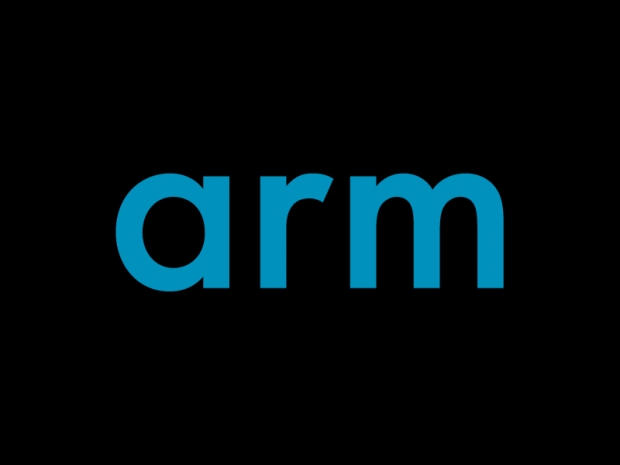 Always connected at 7nm and 5nm

ARM has already shared with the press and analyst that the company expects to ship Cortex A76 based products in both 10 and 7nm in late 2018/early 2019, but now it has disclosed a few more details about its 7nm Deimos and 7/5nm Hercules parts.

We have reported on the details of the freshly released roadmap, but we wanted to go a step deeper into the matter and address some important pillars.

The notebooks powered by Cortex A76 based cores with under 5W TDP and 3 GHz core clock will be on par with Core i5 7300U dual-core with four threads at 2.6GHz baseline, 3.5 GHz Turbo and 15W TDP. The Cortex A76 should be faster than the baseline Core i5 7300U but slightly lose or be on par with Core i5, but bear in mind that we are talking about 15W Intel versus 5W TDP or lower from ARM.

In the meantime, in 2018 Intel came with 8000 series and packed four cores and eight trends in the same 15W TDP for Core i5 and we are sure that these would be a bit too much for ARM Cortex A76 to beat. Again, in 2019, it is most likely to expect Core i5 and i7 9000 series that will pack 14nm quad core with a bit more power compared to the Kaby Lake R Intel us using for Core i5 8000 series.

Then again, 5W or lower TDP means much better battery and ARM is betting that some of its partners - especially Qualcomm - will enable Cortex A76 based computing and match it with 5G very soon. Computing in the future will have to be always connected and Qualcomm and ARM have good horses for this race.

Then, in 2019, ARM plans Deimos - a 7nm successor to the Cortex A76 that should pack significantly more performance. We would expect Deimos to ship in late 2019 with some vendors and massive availability for the chip in early 2020. Traditionally Qualcomm and Samsung have their leading edge mobile SoCs ready for late Q1 2020 early Q2 2020 retail availability of devices.

The Hercules in 5nm can be expected in late 2020 with some vendors and most likely mass availability for the new ARM core in early 2021. Hercules, according to ARM, will offer 2.5 times performance increase compared to Cortex A73. 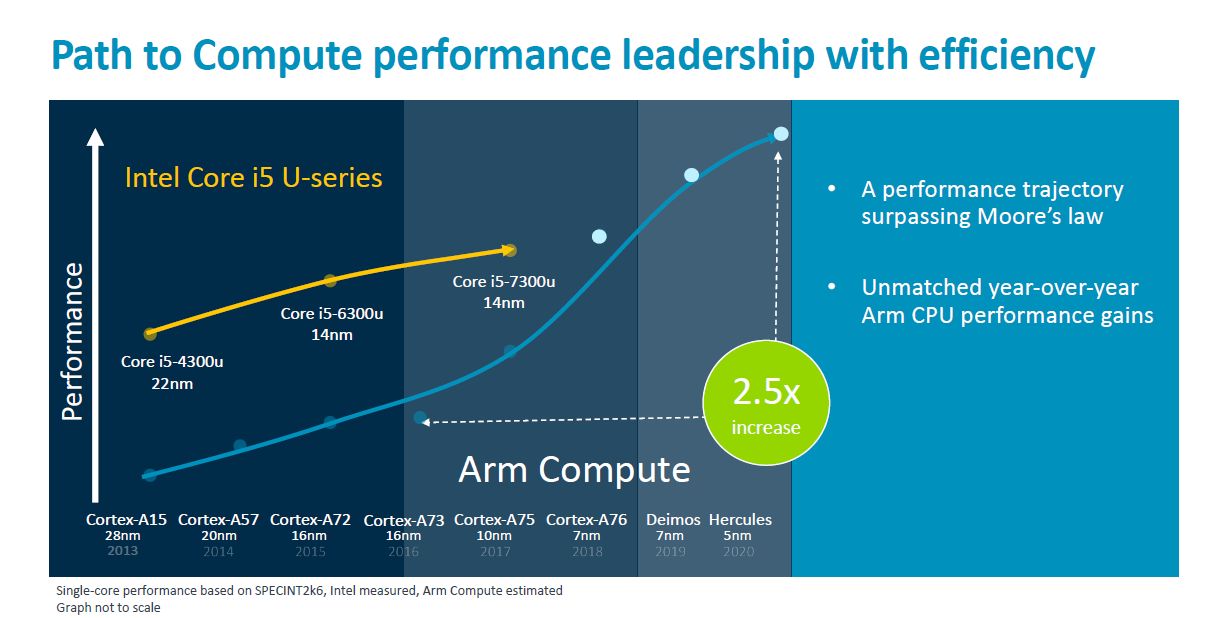 Considering that Cortex A73 was the best thing available in 2016, only a few years later ARM plans to increase the performance by two and a half. Part of the secret sauce is the fact that used 16nm with Cortex A73 in 2016 and its current Cortex A76 (18 / 2019 SoC) is already at 7nm. Hercules in 2020 with 5nm seems very optimistic, especially since Intel still cannot get to 10nm even in late 2018.

Intel is expected to get its act together in the course of 2019 as there have been a lot of changes in the Core team. It is widely expected that Intel can deliver 10nm in that year, a few years later than it originally anticipated. We are advised that Intel’s 10nm performance should be able to match industry’s 7nm, but we will have to wait and see.

Deimos will make things interesting as it will bring the second generation 7nm architecture with some clear advancements to the market. It is too early to say how good it will be but the performance projection delta looks good.

Finally, with 5nm Hercules in 2020, things will become interesting once again. Bear in mind that ARM and its close partner Qualcomm are betting on the importance of always-connected devices with 5G. This is the game changer and Intel is already betting on the importance of 5G for its PCs. The way things look for the foreseeable future, Intel will have a modem as a separate chip just as Samsung or Apple do, and this is hardly unusual, but in order to compete, it might want to consider getting the modem to the Core chips. Still, Intel has a big issue with its high TDPs as it looks like Intel needs 15W TDP to match what ARM has to offer later this year with its Cortex A76 in 5W or less.

A reminder might be needed that Cortex A76 should absolutely outperform Intel’s Core Y series with 5W TDP,  but this is not something that ARM now, but will be interesting to see.

Last modified on 17 August 2018
Rate this item
(0 votes)
Tagged under
More in this category: « Apple Empire meets its Manzikert Companies must unlock their phones Down Under »
back to top