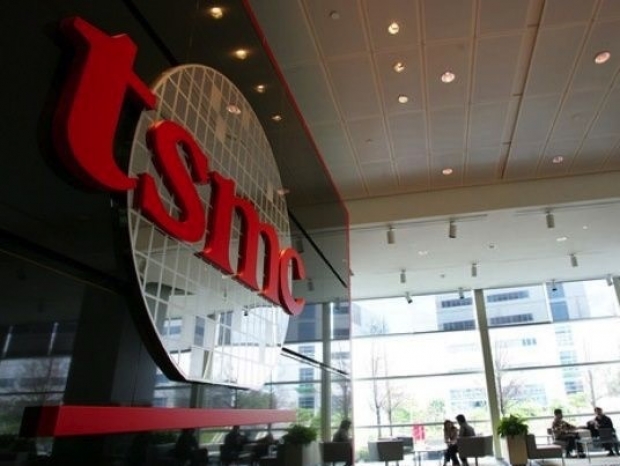 TSMC has cut its revenue growth forecast for 2018 to 10 percent from the previously estimated 10-15 percent  claiming that there is weaker than expected smartphone demand and growing uncertainty facing the cryptocurrency mining market.

Company co-CEO CC Wei said that TSMC's revenues in US dollars will likely grow by about 10 percent on year in the second quarter of 2018, Wei indicated. Demand for smartphones remains "soft", partially offset by strength in sales generated from the high performance computing (HPC) segment during the quarter, Wei said.

TSMC's revenues for first-quarter 2018, which grew 6.1 percent on year but fell 10.6 percent sequentially, came within the company's guidance given three months ago. Strong demand for HPC such as crypto mining and growth in demand for automotive and IoT applications mitigated the impact of a seasonal slowdown in smartphone demand during the quarter, Wei indicated.

Wei warned of a lack of sustainability in crypto mining demand. Bitmain Technologies and Canaan Creative are reportedly among TSMC's major clients engaged in the crypto mining field.

The outfit thinks that during the  second quarter, revenues will fall 7-8 percent  sequentially with gross margin slipping below 50 percent.

TSMC also revised its growth forecasts for global foundry was 8 percent and and overall IC market outlook woud be five percent – about a third less than expected.

In addition, Wei claimed TSMC's 7nm process technology in terms of performance, power and area density as well as its schedule is leading the industry. The foundry expects sales generated from the node to account for over 20 percent  in the fourth quarter of 2018 and 10 percent in all of the year.

Wei reiterated that TSMC will have more than 50 customer tape outs with its 7nm process technology by the end of 2018 for applications including mobile devices, server CPU, network processors, gaming, GPU, FPGA, cryptocurrency, automotive and AI. Dubbed N7, the node is already in volume production, according to Wei.

As for TSMC's 10nm process technology, sales generated from the node grew to account for 19 percent of the foundry's total wafer sales in the first quarter of 2018. The proportion will slide to less than 10 percent in the fourth quarter.  The company's capex target for 2018 has been revised to between US$11.5 billion and US$12 billion from US$10.5-11 billion. About US$500 million more will be spent on expanding the foundry's mask-making capacity and about US$300 million will be for EUV tool purchases, said Ho.

Ho added TSMC's annual capex will be maintained at between US$10 billion and US$12 billion over the next few years, when the foundry expects to post revenue growth of 5-10 percent annually.

Last modified on 20 April 2018
Rate this item
(0 votes)
Tagged under
More in this category: « Qualcomm and NXP to refile Chinese Regulatory Approval Microsoft still rumoured to be working on a Surface phone »
back to top