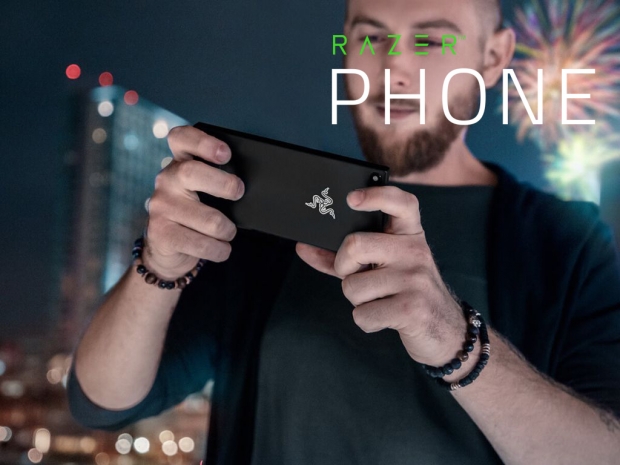 Although Razer's CEO, Min-Liang Tan, did not specifically say which version of the Galaxy S8+ it was testing, either the Snapdragon 835 one or the Exynos 8895, it did show a slide where the Razer Phone beat Samsung's Galaxy S8+ in quite a few benchmarks, including GFXBench Car Chase and Manhattan 3.1, PCMark Video Playback test, 3DMark Slingshot and Basemark OS II.

During the presentation, Razer's CEO noted that the phone comes with a special cooling system with the same thermal engineers that were working on the Razer Blade notebook so that might be a culprit behind higher scores as it is possible that the Snapdragon 835 SoC in Razer Phone kept its Kryo CPU cores running at high clock without throttling. 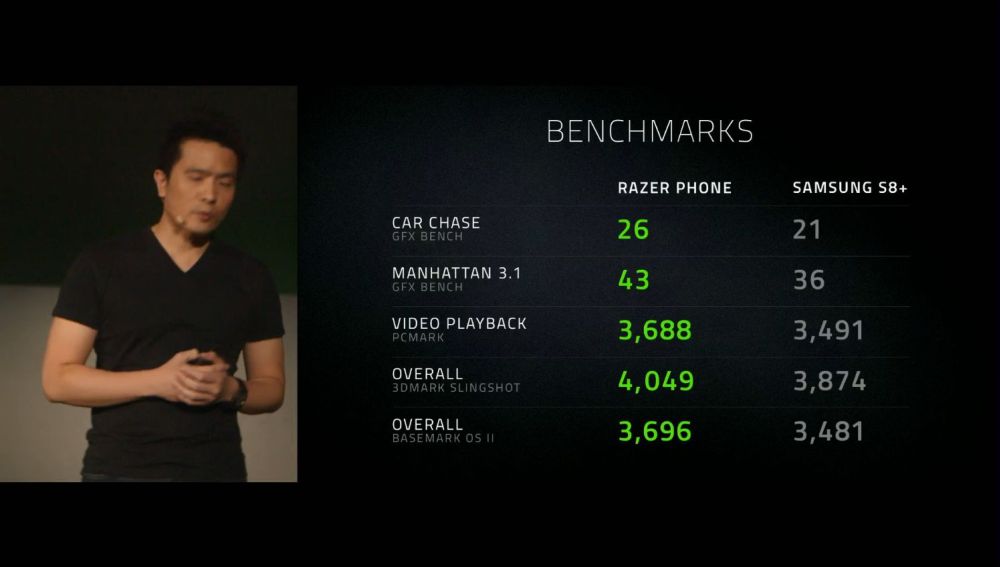 The Razer Phone also has more RAM than the Galaxy S8+, so that could have pushed those benchmark scores a bit higher.

In any case, it will be interesting to see how it fares in the same benchmarks when reviews start showing up and how cool the phone actually is.

Last modified on 03 November 2017
Rate this item
(0 votes)
Tagged under
More in this category: « Apple continues to pay Qualcomm if it drops its modem iPhone X breaks on the first drop »
back to top