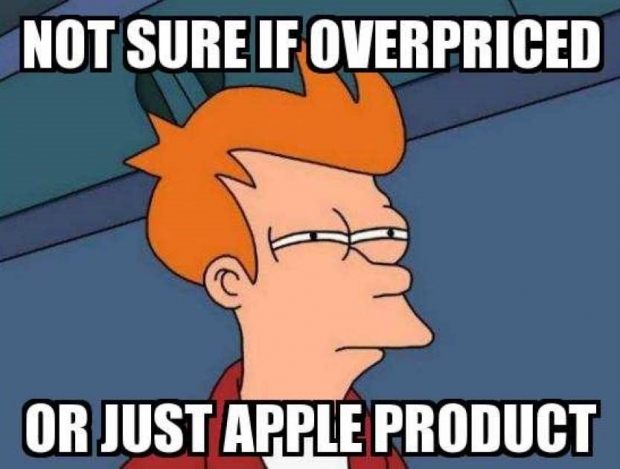 While the Tame Apple Press is doing its best to flog the iPhone 8 before it hits the shops, it might find that the price might be a snag.

While it had been expected that iPhone 8 will cost more than previously it is starting to look like a $1,000 price tag is not too far off the mark.

Dr. Luo Zhongsheng, Executive Director at FIH Mobile (a Foxconn subsidiary) made a public post on the Chinese social networking site Weibo, stating that the iPhone 8 “won’t be cheap” as Samsung Display is only able to achieve a 60 percent yield for the custom-made OLED screens that Apple so meticulously designed.

According to Luo, the culprit lies with the top of the display, where it is cut out in a non-uniform shape, which is turning out to be a bit too difficult to manufacture.

It is possible that by leaking a high price, punters will be relieved if it hits the shops at a slightly less ridiculous $800, but there are signs that the cost might be closer to $1,000 after all.

Luo has since removed his post on Weibo which means it fell afoul of the Apple spinners. But if his statement is true, a 40 percent failure rate is quite high, and could easily drive up the manufacturing costs for Apple. A final $1,000 price tag is not so stupid.

The Tame Apple Press appears to be getting around this issue by saying that the top of the range iPhone will be deliberately in short supply and most of the attention will be focused on the less interesting models. However most of the press hype is focused on the expensive phone and what it can do. The less interesting models are Apple’s usual, dull, incremental improvements.

Last modified on 08 August 2017
Rate this item
(0 votes)
Tagged under
More in this category: « OnePlus now offers OnePlus 5 Soft Gold Samsung sings of the Galaxy Note 8 »
back to top