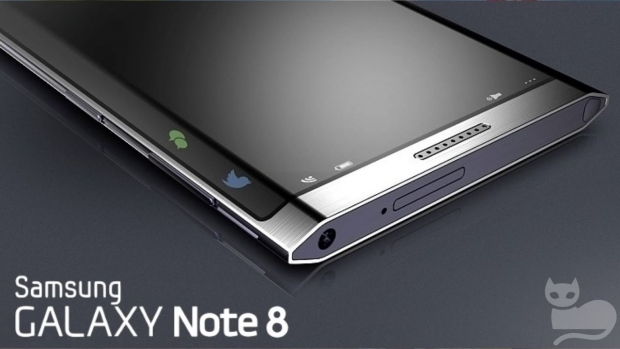 Samsung is planing a launch event in New York City for its next Galaxy Note smartphone in the second half of August.

The Galaxy Note 8 will have a curved screen that is marginally larger than the 6.2-inch version of the Galaxy S8 smartphone and feature two rear cameras. The Note 7 was equipped with a 5.7-inch curved screen and one rear camera.

The Tame Apple Press is going on full alert with stories now appearing reminding anyone thinking of buying one that the company had a few problems with battery fires. The worst offender was Reuters which insisted on spending most of its reports on the Galaxy Note banging on about the battery fires.

This is despite the fact that Samsung has put all that well and truly behind it.

There was a good response for the Galaxy S8 smartphones that began selling in April and most analysts predict the device to set Samsung's internal sales records and push the firm towards what is widely expected to be its best-ever profit for April-June. There have been no battery fire incidents reported for the S8, but hey, that never stopped the Tame Apple Press angling "news" in favour of their favourite company before.

Last modified on 20 June 2017
Rate this item
(0 votes)
Tagged under
More in this category: « Jobs wanted iPhone to be more like Android OnePlus officially unveils the OnePlus 5 »
back to top