BlackBerry doing well by not being BlackBerry 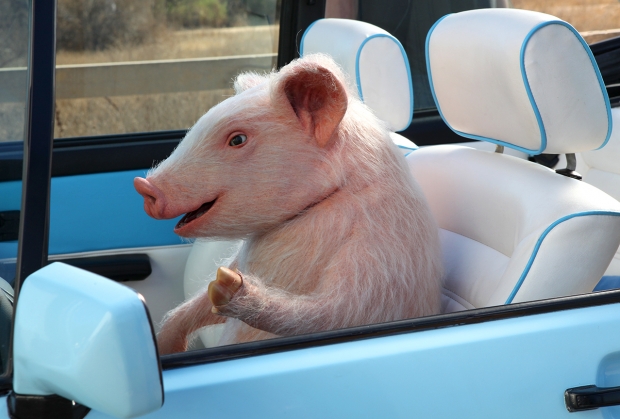 Car market to save company bacon

A top Wall Street analyst has said that the maker of the Crackberry is set to clean up in the car market.

Citron Research said that it would appear that Blackberry’s success is by stopping doing the very thing that made it famous and doing something else.

BlackBerry’s shares jumped as much as 10 percent as signs that the companies turnaround were starting to work.

BlackBerry's stock has surged nearly 70 percent over the past two months as deals with automakers and other business wins have boosted confidence in the company's prospects.

Citron Research said in a report yesterday that it expects the momentum to continue.

"When Wall Street shifts its frame of expectations toward the future, and gets over their legacy business, watch out," the report said.

BlackBerry has abandoned a business model focused on the sale of its own phones to selling software for securing mobile devices and automobiles and cyber security consulting services.

QNX is installed in more than 60 million cars, where it is used to run infotainment and telematics systems, which Citron said dwarfs the 16 million unit installed base of Mobileye, an autonomous vehicle technology company that chipmaker Intel Corp said it would buy for $15.3 billion in March.

BlackBerry's QNX division is working with Ford as it develops increasingly automated vehicles, and executives have said they are in advanced discussions with several other major global automakers about similar partnerships.

A Macquarie financial analyst said last month that BlackBerry was working with at least two carmakers to develop a security service that would remotely scan vehicles for computer viruses and tell drivers to pull over if they were in critical danger.

Last modified on 02 June 2017
Rate this item
(0 votes)
Tagged under
More in this category: « Motorola Moto Z2 Play emerges OnePlus 5 to be thinnest flagship smartphone »
back to top