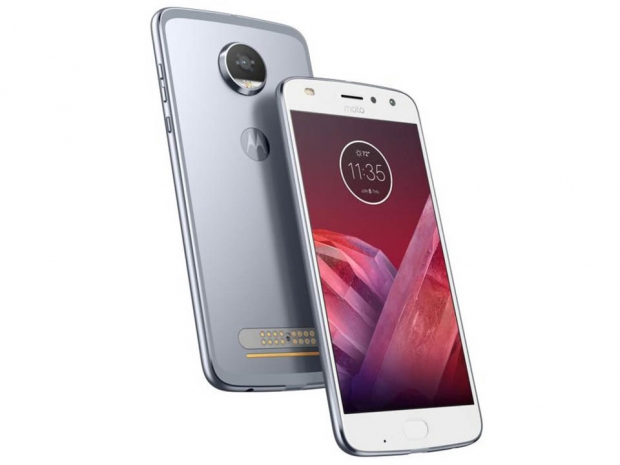 Motorola announced the second generation of its Moto Z Play smartphone that sold roughly one million units by the end of 2016.

The mission this time around, “Make Motorola relevant again”,  appears in the form of the Z2 Play along with a variety of new modular accessories.

Similar to its predecessor, the Z2 Play is a midrange device featuring a 5.5-inch display with 1080p resolution, this time powered by a Snapdragon 626 2.2GHz octa-core processor instead of a Snapdragon 625 at 2GHz. The device now includes the option of 4GB of RAM and 64GB of storage, along with 3GB of RAM and 32GB of storage. The front of the device includes a 5-megapixel camera with dual-LED flash, while the rear camera gets reduced to a 12-megapixel lens with a brighter f/1.7 aperture and 1.3µm pixels. The camera also features dual pixel focusing and an improved laser focus system for low-light usage.

The device supports 802.11ac Wi-Fi, Bluetooth 4.2 LE, and NFC and includes a redesigned fingerprint sensor on the front, a 3.5mm audio jack with active noise cancellation, an FM radio, and a USB 3.1 Type-C reversible connector for charging.

In addition to the Z2 Play, Motorola has announced several new “Mods” accessories for its Z series smartphones. These include the JBL SoundBoost 2, the Moto TurboPower Pack, the Moto GamePad, and Moto Style Shells with Wireless Charging. The company says its TurboPower Pack includes a 3,490mAh battery that can charge the phone at 15W speeds, which can bring it up to 50 percent charge after just 20 minutes. The first three units will sell for $79.99 each, while the style shells will sell for $39.99 and all will be available for purchase this summer.

The Moto Z2 Play will be available from Verizon later in July or unlocked from Motorola’s website this summer at $499 for the 64GB model. Color options include Lunar Gray, Nimus Blue, and Fine Gold. The updated device runs Android 7.1.1 out of the box. 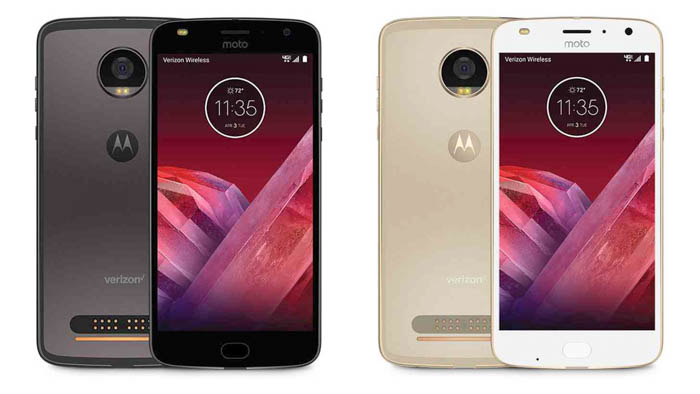 Last modified on 02 June 2017
Rate this item
(0 votes)
Tagged under
More in this category: « Andy Rubin announces Essential Phone BlackBerry doing well by not being BlackBerry »
back to top