15 operators are preparing for 1 Gigabit LTE 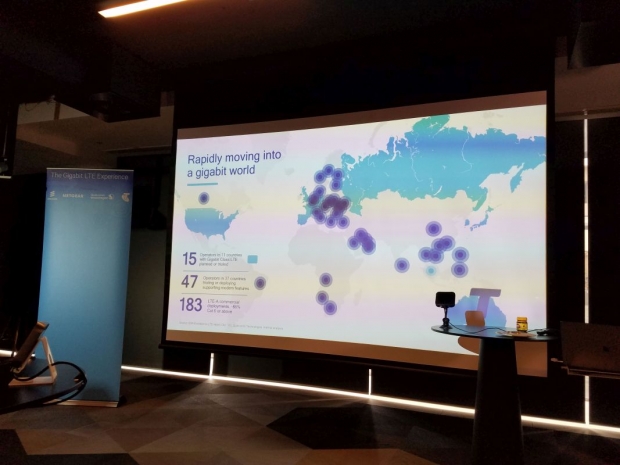 It turns out that Telstra in Australia is just the first one to launch the 1 Gigabit LTE network. They are not alone as according to Qualcomm’s EVP there are 15 more operators working on the implementation of the new technology

Australia’s Telstra has Gigabit LTE operational but 15 operators in 11 countries are working on the implementation of 1 Gigabit LTE. The information was confirmed by both Mike Finley, a senior vice president at Qualcomm, and Peter Carlson, a senior director at Qualcomm. The data comes from the GSA revolution to LTA report and Qualcomm’s own internal research. USA carriers have already talked publicly about 600 Mbps and 1 Gigabit LTE trials and it is safe to expect them to deploy the technology in the course of 2017, at least in some areas.

Europeans are also working hard as carrier aggregation and 300 Mbps download speeds are already deployed across many countries, and from there it is not that hard to include additional carrier bands and increase the LTE speed. The main obstacle is if the carrier has enough bands. Operators around the world recognize the necessity to introduce faster data rates as data consumption grew greatly in the last few years.

An enormous 86 percent of LTE Advanced commercial deployment includes support for Cat 6 or above. There are 183 carriers in the world supporting LTA-A with Cat 6 support of above. Cat 6 provides 300 Mbit a second  on the download and 100 Mbps on the upload and relies heavily on carrier aggregation. This is the first step to 1 Gigabit LTE and the next important step includes multiple antennas on the device as well as QAM 256 encryption on the download and QAM 64 on the upload site.

T-Mobile in the USA was quite vocal that it is testing this technology and we are sure that it is not alone. As soon as one carrier / operator introduces faster LTE speeds, the competition tries to deploy matching speeds at its earliest convenience. This goes for most markets around the world as they all recognise that getting data faster to end users is more important than voice calls.

Gigabit LTE is a gateway to 5G and it will continue to play faster roles in the future.

Last modified on 13 February 2017
Rate this item
(0 votes)
Tagged under
More in this category: « Oracle continues to hassle Google over Android Verizon brings back unlimited mobile data plans »
back to top