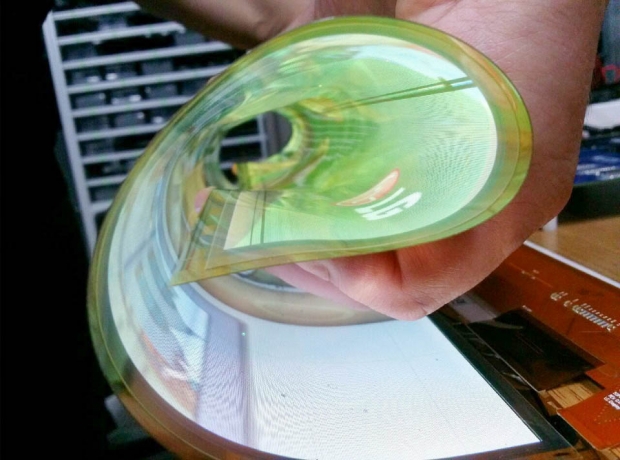 Back in October, a report circulated that Samsung and LG were seeking to win orders for the manufacture of “out-foldable” OLED panels with major smartphone manufacturers for use in upcoming devices.

On Friday, a report from Korea-based etnews confirmed that LG will be partnering with Apple, Google and Microsoft to develop “out-foldable” displays, with mass production beginning in 2018. LG has already begun development panel prototypes, which have been described as having a “significantly high” level of technicality to them.

Meanwhile, LG Electronics and LG Display have remained relatively quiet on the development of upcoming foldable smartphones due to poor device sales over the past few months. In October, the company reported a 3.7 percent decline in earnings for Q3 2016 and a 51.6 percent decline in operating profit compared to the previous quarter.

Although LG Display has secured several global smartphone manufacturers as partners for upcoming “out-foldable” OLED tech, Apple, Google and Microsoft are reported to be the company’s first buyers, while LG’s own smartphone division joined a group of buyers at a later date.

The current prediction is that South Korean companies will be the first to begin mass-production of foldable panels with at least a higher level of quality that will draw market competition with Chinese manufacturers such as Lenovo and Oppo. The report notes that these two companies have introduced mid-tier prototypes with parts that are not yet ready to be commercialized.

“Although level of their technologies is very low, Chinese manufacturers can be the first ones to mass-produce flexible panels by considering the fact that they can sell them at a cheap price to Chinese markets.” said an industry representative. “However, we need to see if they can actually mass-produce products that will have hard time competing against other global products.”

Last modified on 19 December 2016
Rate this item
(0 votes)
Tagged under
More in this category: « 112.3 million smartphones shipped in China AT&T and Verizon respond to FCC's zero-rating concerns »
back to top