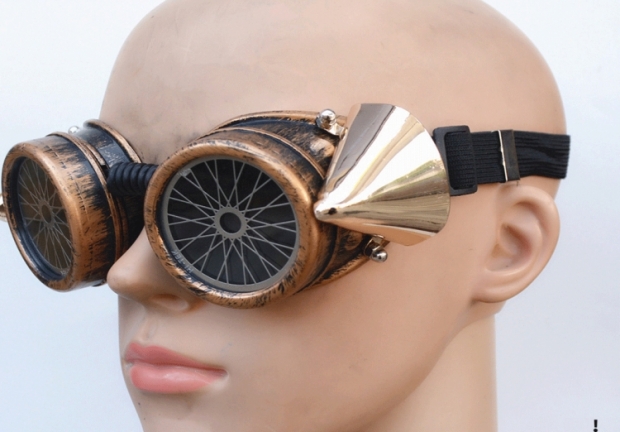 Its larger iPhone is too big

Despite genii at Apple might have made a bit of a mess of its VR plans.

The outfit has just got a patent for its version of VR glasses and it appears designed for the much smaller flavours of smartphones rather than the bigger fablets. It is the sort of stuff up that they would not have dared to make under Jobs, but is starting to become more common.

To be fair, Apple applied for a patent for its virtual reality device mount that it has been filing IP on since 2007 when it was claiming that no one in their right mind would want a phablet. However it also has not updated the patent so that it can cover bigger screens, which it could have done.

The patent is pretty much the same set-up as low-end, phone-based VR – a glasses-style headset into which a smartphone (or in this case an iPod). For those who have forgotten, an iPod was Apple’s MP3 player which for a while also looked a bit like a smartphone. This version is basically a hyped up and more expensive version of the Google cardboard.  The Tame Apple Press points out that the date on the patent means that Apple invented it before Google. Although in Google's case it made the product rather than just patent it.  This version is aslo not made from cardboard and would probably cost the same as buying Luxembourg.

The design features a touch-slide controller which can adjust audio volume. The system allows users wearing glasses or contact lenses, and has elaborate features – both practical and in software – for aligning stereoscopic images to the viewer’s eyes.

The headset allowed for the traditional VR mounting of a phone to completely obscure vision and replace it with the phone’s generation of 3D imagery, or, to occupy only one eye:

‘The display screen...may be symmetrically centred on the front face of the portable device...or alternatively it may be offset towards one side.’

‘Because the screen may be so large compared to the viewing distance, the system...may be configured to modify the image based content displayed on the display screen...The system...may also adjust the resolution of the viewable content. For example, the resolution may be increased/decreased to compensate for how close the eyes are to the display screen.’

However the fact that the system fails to take into account the bigger more pricey iPhones makes the patent somewhat moot.

Last modified on 03 November 2016
Rate this item
(3 votes)
Tagged under
More in this category: « Kids kept awake by smartphones Qualcomm might be hit by Note 7 fiasco »
back to top