Aussie banks moan that Apple is a bunch of drongos 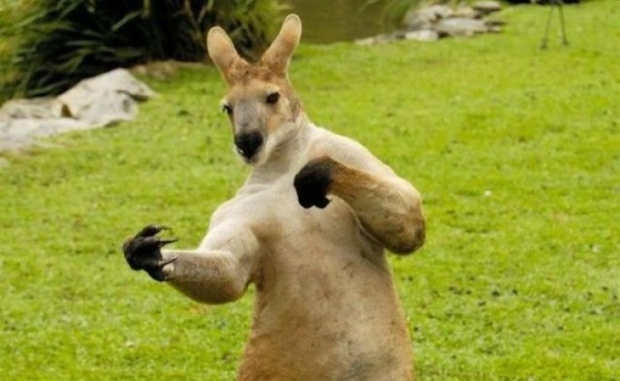 "Intransigent, closed and controlling" and not fair dinkum

Three Australian banks have moaned to the country’s anti-trust watch dingo that the Apple Pay service is not fair dinkum.

The trio, who clearly never read Fudzilla, were surprised that Apple was “intransigent, closed and controlling" and accused it of attempting to freeload on their contactless payments infrastructure while slowing innovation in digital wallets.

The Commonwealth Bank of Australia, National Australia Bank, Westpac Banking Corp and Bendigo and Adelaide Bank said that the engineering of Apple iPhones prevent them from delivering mobile wallets to millions. This is because Apple Pay is the only application that works with the iPhone's "near field communication" (NFC) antenna, which communicates with payment terminals.

In their latest, 137-page submission filed with the competition regulator, the banks argue that by locking them out, "Apple is seeking for itself the exclusive use of Australia's existing NFC terminal infrastructure for the making of integrated mobile payments using iOS devices. Yet, this infrastructure was built and paid for by Australian banks and merchants for the benefit of all Australians."

Needless to say that Aussie anti-trust watchdog is interested in Apple’s doings. It is expected to decide in November if the banks can collectively negotiate with Apple, which the banks reckon is the only way that Apple will be forced to stop being a dipstick.

ANZ Banking Group has joined Apple's payments ecosystem and it had to give up some of its interchange fees.

Apple told the ACCC that it would not be willing to negotiate on access to the NFC chip, minimum security standards or its insistence that banks not pass fees on to customers. The banks would just have to do as they are told.

The banks say Samsung and Google already provide access to NFC functionality without detriment to security. They also say that when Apple Pay was launched in China and Japan, Apple was willing to make compromises with banks over issues, including security.

So why aren’t the banks telling Jobs' Mob to bugger off and stop becoming the raw prawn? Apparently they are getting bothered by Apple fanboys who say it is unfair that their iPhone 7 will not work with their bank account and will not listen when they are told to buy a proper phone.

The banks say Apple's conduct will create extra costs to the Australian economy. One of the experts retained by the banks, Susan Athey from the Graduate School of Business at Stanford University, said that without collective bargaining, ultimately Apple will prevail "in its goals of adding an additional 'Apple Pay transaction' tax on what may eventually become a large share of all Australian transactions.

Last modified on 19 October 2016
Rate this item
(4 votes)
Tagged under
More in this category: « MediaTek launches Helio P15 chipset Apple throttles the speed on cheapest iPhone 7 »
back to top