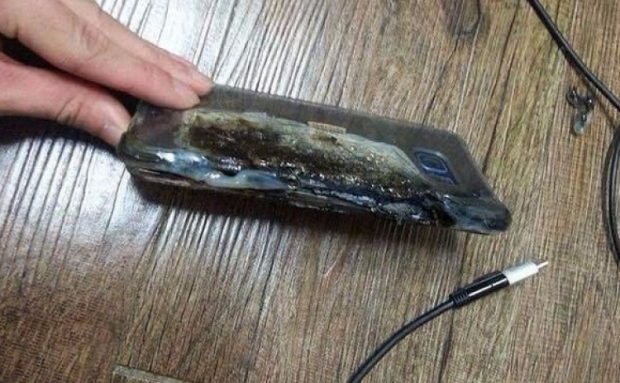 Nearly a third are are made up

Earlier this week we upset a lot of people by questioning how many of these so called exploding Samsung Note 7 cases were true. Samsung said that so far it has had 26 high profile cases which have proved to be false.

To put this number into perspective, according to the Tame Apple Press there have been 92 incidents in the US, plus at least 17 in Korea, 1 in Taiwan and 2 in Australia.)
Samsung said that in the US nine false cases were reported. There were three in South Korea, two in France, and one each from the UK, Canada, Singapore, Philippines, Turkey, Vietnam, Croatia, Romania, Iraq, Lebanon, the UAE, and Czech Republic.

Out of the 26 reports, the South Korean tech giant said that in 12 cases they found no fault with the devices. In seven cases, the reported victim disappeared and in another seven incidents, the consumer cancelled the report or alleged that they threw away the device.

In Korea, a worker at a convenience store claimed their phone exploded but Samsung said the person mysteriously disappeared and the whole thing appeared made up.

The user in Canada used a picture they found of the Note 7 catching fire and claimed it was theirs and in Singapore, a user claimed they threw the handset out of their car when it caught fire but could not show proof they even owned one.

China was not part of the global recall as handsets there used different batteries, according to Samsung. The one Chinese case turned out to be a user sticking it in the oven.
After reports of the handsets catching fire, the world's largest phone maker commenced a global recall. It began an exchange program in South Korea on Monday, while official sales will resume 28 September.

According to an unnamed Samsung official who spoke to Yonhap News, the Note 7's manufacturing defect affects less than 0.01 percent of all Note 7 handsets sold. Some quick back-of-the-envelope math, and you're potentially looking at fewer than 1,000 defective phones worldwide.

Last modified on 23 September 2016
Rate this item
(12 votes)
Tagged under
More in this category: « Teen jail breaks iPhone 7 in a day iPhone 7 disappoints the credible reviewers »
back to top