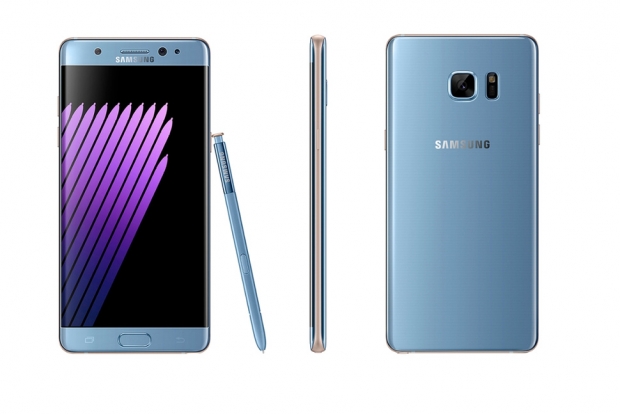 Despite all the horror stories in the Tame Apple Press, and the fact the product is having a recall, Samsung Note 7 owners are not handing over their machines.

Recent data from Apteligent has suggested that pretty much none of the Note 7 owners are concerned about exploding phones and have no interest in returning them. 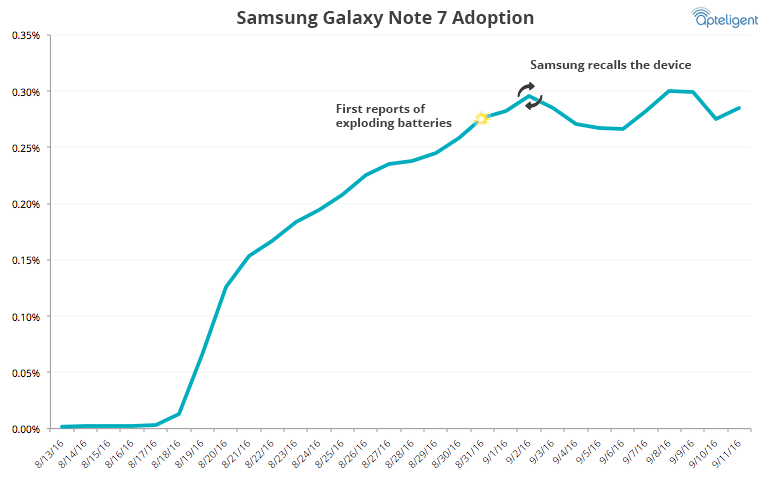 You would think that the adoption rate of the Note 7, and following Samsung’s recall announcement would have taken a dive. While the graph does show a brief dip it has gone back up again to its previous levels.

This indicates that there are plenty of Note 7 owners who are still holding onto their devices and have yet to return them. It might be that they are hanging onto them until there are replacement units or maybe they just don’t believe the scare stories being put out in the Tame Apple Press.

To put this in perspective, most of the stories that have been appearing are actually made up. The worst scare story was one where three people were supposed to have died when a truck of Note 7s “exploded”.

So far there are two confirmed cases in the US and one in which a Note 7 is suspected so most people who are not experiencing any problems must be thinking “hey it will never happen to me” and there is a good chance they are right.

In South Korea, Samsung is pushing out an update that will limit unreturned phones’ batteries to a maximum charge of 60 percent. This will stop the battery overheating. It is not a complete fix but it will stop those Note 7 fans from melting their phones while waiting for the problem to be sorted out.

Last modified on 15 September 2016
Rate this item
(4 votes)
Tagged under
More in this category: « iPhone 7 spinning working iFixit spots Qualcomm modem in iPhone 7 Plus »
back to top