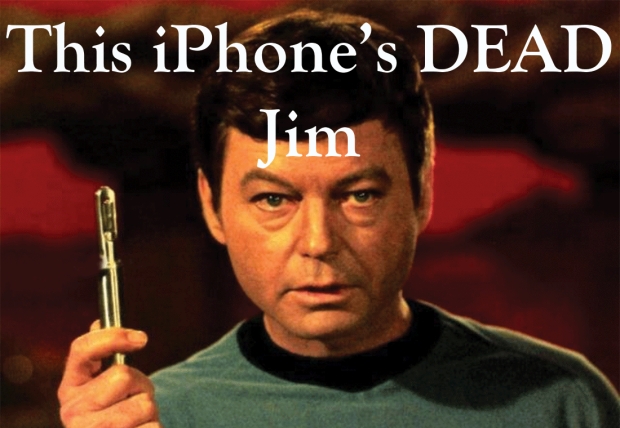 It is as if they know the iPhone 7 is coming

While the Tame Apple Press is trying to drum up support for what looks like a terminally dull iPhone 7, the existing iPhone 6 and 6s/ Plus models are mysteriously sending themselves into Silicon Heaven with the enthusiasm of a Japanese kamakazi pilot.

Dubbed “Touch Disease”, the problem includes a flickering strip of grey at the top of the display, eventually ending up with a totally unresponsive touch screen, and, therefore, a useless iPhone.

The Touch Disease isn’t a software bug and Apple is not commenting on the problem despite complaints and reports from users. According to Slashgear the problem can be traced back to Bendgate.

For those who have edited that Apple disaster from their brain, Bendgate was the problem of the iPhone 6 and most especially the iPhone 6 Plus bending easily in pockets and hands. Because of the iPhone 6/6 Plus’ bendability, the touch controller chip inside the iPhone has the tendency to break off its soldering and lose contact with the rest of the board.

Apple fixed that problem in the iPhone 6s and 6s Plus and strengthened its poor design. However, it did nothing for those dumb enough to buy an iPhone 6. It assumed that users would upgrade - after all that is what Apple users are supposed to do.

The problem can be fixed, but it would cost Apple and its users too much. Apple has even suggested that those who are out of warranty should replace the chips or replace the logic board itself through unofficial shops.

Now it is a coincidence that this is happening just weeks before a new iPhone 7 is due to come out. Not in our wildest conspiracy theories could we blame Apple for designing their phones to self-destruct before a new model is launched. The fact that it has refused to acknowledge there is a real problem is not helping.

However, Touch Disease is a result of poor Apple design and an assumption that everything thinner is better. If a company is going to do that to you, it is insane to reward that company by doing what it wants and upgrading.

Last modified on 24 August 2016
Rate this item
(12 votes)
Tagged under
More in this category: « MIT boffins speed up wi-fi in crowded areas Galaxy Note 7 explodes »
back to top