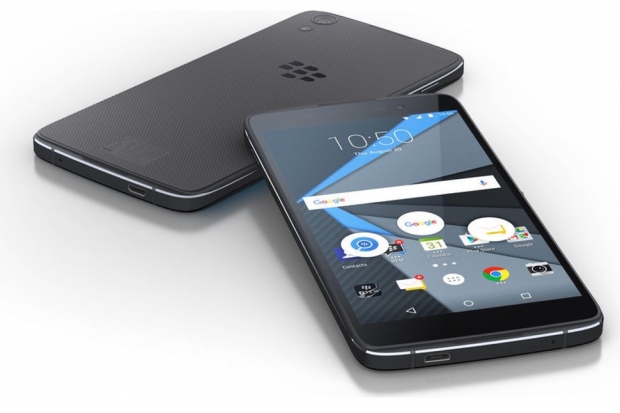 More nailed down than Jesus

BlackBerry has announced its second Android smartphone today claiming that it is the world's most secure Android phone.

Dubbed the DTEK50, the device shares hardware specifications and design with the Alcatel Idol 4. The device is up for preorder direct from BlackBerry for $299.99 starting today and will be available on August 8th. Ironically it is sold unlocked and will be compatible with AT&T and T-Mobile in the US.

The DTEK50 has a 5.2-inch, 1080p display, Qualcomm Snapdragon 617 processor, 3GB RAM, 13-megapixel camera, and 2,610mAh battery. The 8-megapixel front camera also includes a flash for taking selfies. It runs Android 6.0 Marshmallow with BlackBerry's software features, such as the Hub. The software is similar to last year's Priv.

Its software provides users with an overview of their device's security and take action on any potential issues. BlackBerry says that it has modified Android with its own technology developed for the BB10 platform to make it more secure. The company is also committing to rapid updates to deliver security patches shortly after they are released.

BlackBerry has said that it will be releasing three smartphones in the near future and it appears that the DTEK50 is the first. However it does not have a physical keyboard so it will lose  fans who buy it because of that one thing.,

Last modified on 27 July 2016
Rate this item
(7 votes)
Tagged under
More in this category: « Motorola will not bother with monthly security updates Apple turns to made up products as cash cow gets stuck »
back to top