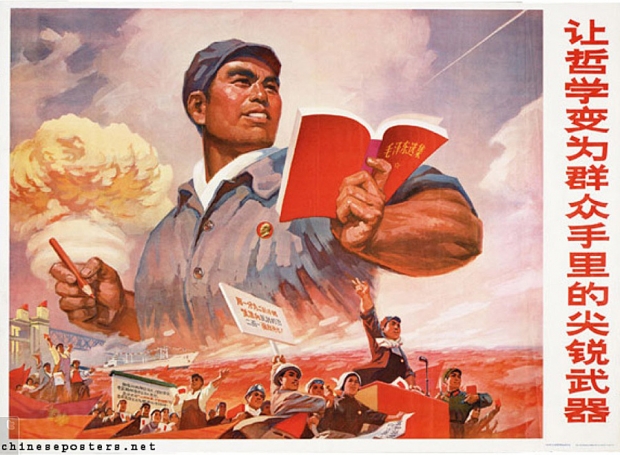 Goodnight US and Korea

Chinese companies are swamping the top of the pops of smartphone makers and while Samsung and Apple are the main brand leaders, companies based behind the Great Wall take up the rest of the spots.

The top Chinese brand is Huawei, which sold 28.9 million units. It might be a long way behind Samsung with its 81.5 million sold and Apple’s 51 million but the fact that the other spots are taken up by other Chinese makers indicates that the market has shifted.

No longer are HTC, Microsoft or Coolpad in the top ten and of course, Blackberry is nowhere. LG dropped to seventh.

The figures, compiled by IC Insights, show OPPO leaping from eighth place in 2015 to fourth, as it shipped 16.1 million affordable, mid-range Androids.

Xiaomi was fifth, Vivo surged from tenth to sixth, while ZTE, Lenovo, TCL, Meizu and Micromax wrapped up the top twelve.
IC Insights says that the rankings will probably stay the same until the end of the year.

Huawei, OPPO, Vivo and Meizu, plus India’s Micromax, are tipped to register massive year-to-year growth of between 29 and 74 percent. However Samsung, Apple or LG should see shipment declines ranging from one to five percent. 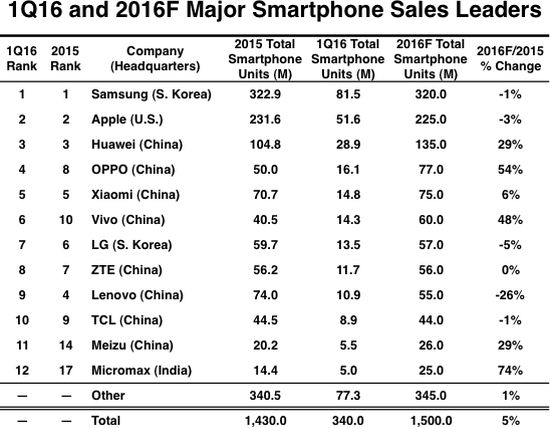 Last modified on 16 June 2016
Rate this item
(3 votes)
Tagged under
More in this category: « OnePlus X abandoned Apple copied Chinese design for iPhone 6 »
back to top