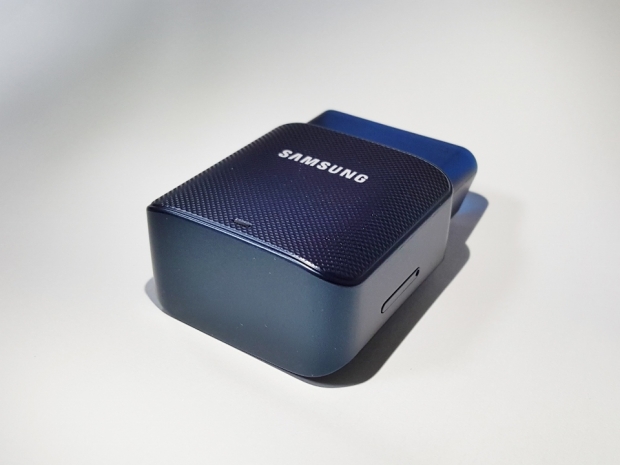 On the eve of Mobile World Congress 2016, Samsung announced a new automotive device enabling all passengers of a moving vehicle to connect to nearby available ultra-fast LTE networks. The device is aimed at providing a convenient way for owners of older cars to add LTE connectivity to their vehicles for anyone using a mobile device and not sitting behind the wheel.

Samsung’s Connect Auto dongle features an LTE SIM card slot on the side and allows an owner of an older vehicle to add passenger-ready 4G LTE or 4G LTE Advanced service connectivity, along with the ability to monitor the vehicle’s performance and locate it via GPS. The device connects to an available On-Board Diagnostics (OBD) II port underneath the steering wheel – available in all cars and light trucks built and sold in the US after January 1, 1996 – and can provide an LTE network connection over WiFi to keep passengers online while on-the-go. 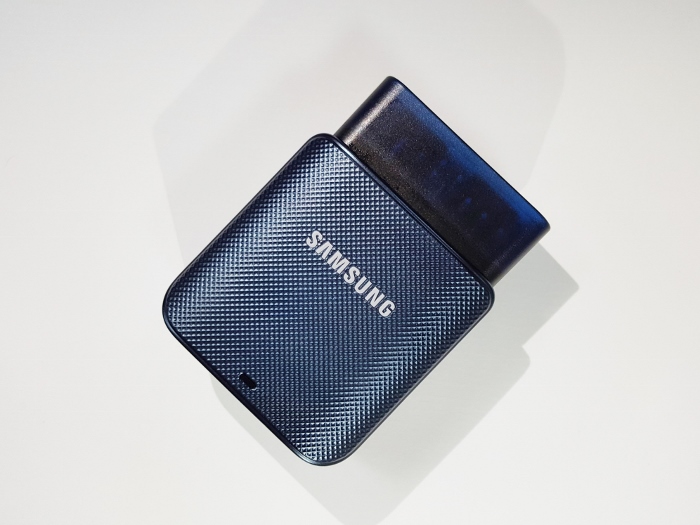 Samsung claims its solution is tightly integrated with Samsung KNOX security, a market-leading, defense-grade mobile security platform that encourages safe driving by using geo-fencing and driver rating algorithms. This is, of course, assuming that the driver has a mobile device connected to the Connect Auto dongle while operating the vehicle. 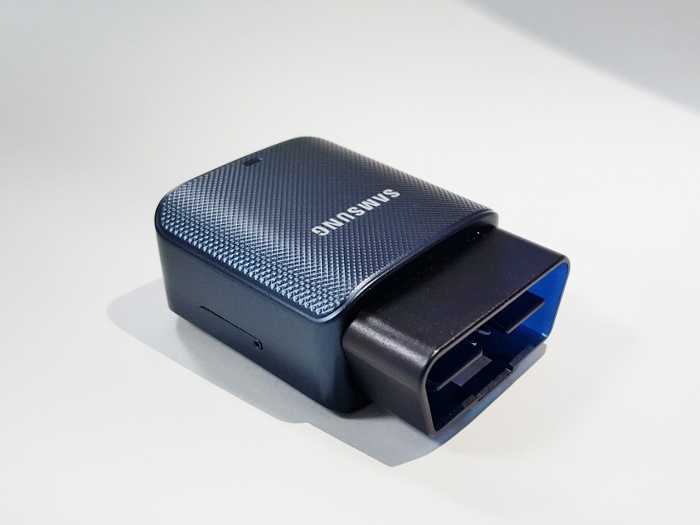 In January 2015, Verizon announced their own version of the OBD-II dongle called the Hum, complete with vehicle tracking, Check Engine remote diagnostics and a Bluetooth radio for just $14.99 per month. Unfortunately, Verizon’s device only supports 3G CDMA and is, of course, only limited to their CDMA network. Vinli, a connected-car startup that launched in September 2014 with $6.5 million in funding, partially from Samsung, also offers their own 4G LTE car adapter for $199 with variable monthly pricing. They are partnering with T-Mobile, where customers can order 500MB blocks of data for $6 dollars each.

AT&T will be the first wireless carrier in the United States to support the Samsung Auto Connect LTE device, but pricing and availability have yet to be announced at this point. We are hoping it can remain competitive with both Verizon and T-Mobile (with Vinli), but if the company bases its pricing on anything similar to 4G LTE packages for iPads and other tablets, customers may be a bit disappointed with how little data is actually being offered in comparison to an unlimited family data plan (provided you are also a DirecTV customer).

Last modified on 21 February 2016
Rate this item
(2 votes)
Tagged under
More in this category: « Intel to highlight “path to 5G LTE” at MWC 2016 Samsung officially unveils new Galaxy S7 and S7 Edge »
back to top