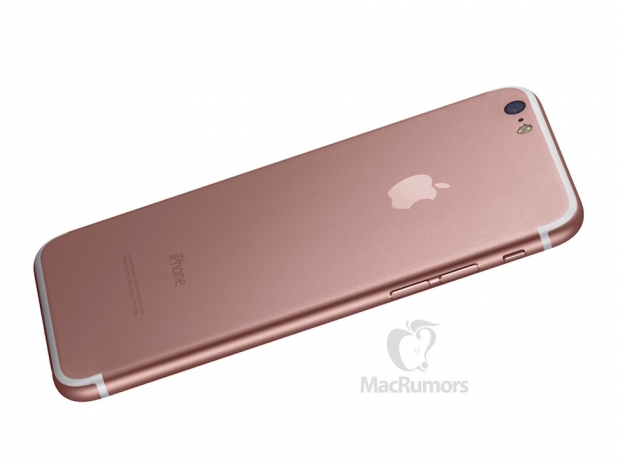 The design of Apple’s upcoming tenth-generation iPhone 7, due for release later this fall, will appear very similar to the exterior design used for the iPhone 6 and iPhone 6S with two significant exceptions, according to sources close to the supply chain.

A new hint from the folks at MacRumors by someone familiar with Apple’s new design choices has said that the iPhone 7 will have a rear camera that is flush with the rear casing, similar to all Apple phones released before the iPhone 6 in 2014. This is a big improvement, if not a much-needed correction, for the company’s flagship product and one that is sure to alleviate case manufacturers from the extra headache of designing for protruding internal rear camera hardware

The second significant exception to the iPhone 7 design will be the removal of antenna bands across the rear of the device, allowing for a non-invasive, completely metal finish. On the iPhone 6 and iPhone 6S, these rear plastic bands are used simply to separate the antennas from the main case, while the metal antennas themselves are located on the sides of the devices.

The source familiar with Apple’s new design choices is unable to confirm whether the tenth-generation iPhone 7 units will be thinner than the iPhone 6 (6.9mm) / iPhone 6 Plus (7.1mm) and iPhone 6S (7.1mm) / iPhone 6S Plus (7.3mm), but any thickness reductions are expected to be very minimal if the company is to use the same 4.7-inch and 5.5-inch display sizes.

An interesting Quora post titled, “Would Steve Jobs have allowed the iPhone 6 to have protruding camera and plastic bands on the back?” gives a well-considered philosophical take on Apple’s design choices of the past two years of smartphone product releases.

The upcoming iPhone 7 “Plus” is also expected to feature dual rear cameras, as we wrote about earlier, and may have two different sub-models to choose from – a “Plus” option with a single rear camera, and another “Plus” option with two. However, it is yet to be confirmed if this will actually be the case.

Last modified on 03 February 2016
Rate this item
(4 votes)
Tagged under
More in this category: « Android 6.0 now on 1.2 percent of Android gear HTC M9 Android 6.0 doubles Antutu performance »
back to top