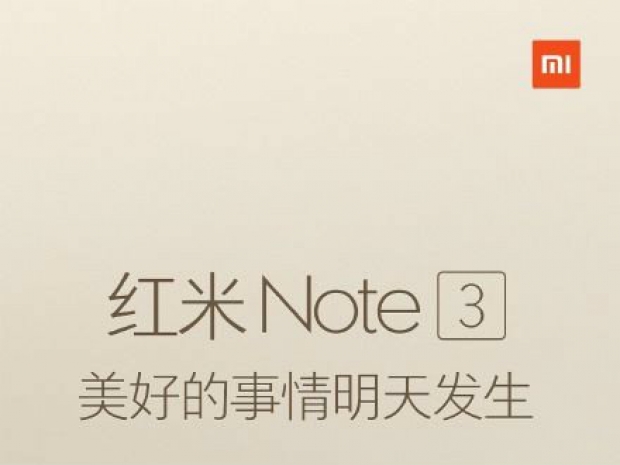 One of the China's largest mobile phone manufacturers, Xiaomi will launch its successor to a Redmi Note 2 at its event that starts on the November 24.

We tested the Redmi Note 2 phone and think it is amazing value for money.

Xiaomi has posted an official invitation to the launch on its Weibo account, officially dubbing the device Note 3. The updated device should come with a 5-inch Full HD display, MediaTek Helio X10 SoC, 3GB of RAM and 32GB by default. The phone has a 3 megapixel rear camera, 5 megapixel front camera as well as 802.11ac Wi-Fi and a massive 4,000mAh battery.

The device will have an all-metal chassis and a rear mounted fingerprint scanner.  If it  launches at similar price to Note 2, it will be a real success.

Last modified on 23 November 2015
Rate this item
(5 votes)
Tagged under
More in this category: « Lava Pixel V1 gets Marshmallow update New Red Mi Note 3 has a great price »
back to top