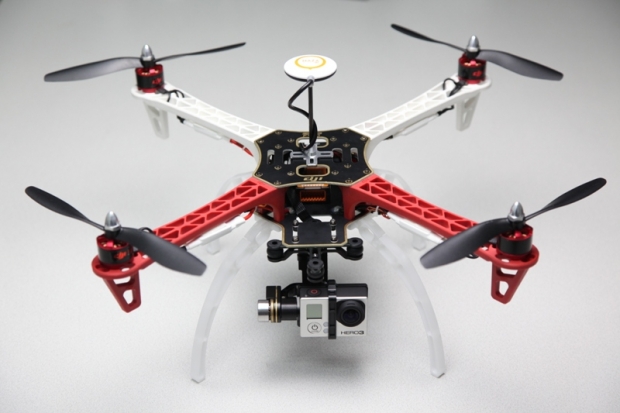 Consumer drone maker DJI has announced that Nvidia’s K1 chip will be brains behind its Matrice 100 drone.

DJI has been showing off the Manifold, a $499 embedded computer that can be placed on the company's $3,299 Matrice 100 drone.

The drone is meant for developers and will probably be a lot cheaper when it hits the shops but appears to have been score by Nvidia's sales teams, Manifold has a Tegra K1 app processor with four 2.2GHz. ARM Cortex-A15 CPU cores and an Nvidia Kepler GPU with 192 cores.

DJI wants the K1's to deliver advanced image-processing for drone footage, as well as to enable new applications with the help of its parallel processing abilities.

The Manifold is a good score for Nvidia which wants a foot in door the Game of Drone’s competition where video processor developer Ambarella is the current leader and Intel and Qualcomm are elbowing for room.  Competition is expected to get cuthroat so if any Nvidia staff invites you to their wedding it is probably wise to turn them down.

Last modified on 04 November 2015
Rate this item
(5 votes)
Tagged under
More in this category: « EQT flogs Vertu to mysterious security outfit PuzzlePhone promises rival for Project Ara »
back to top