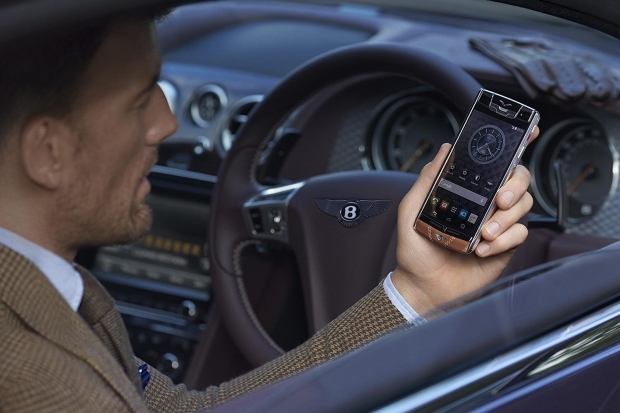 Secret phone for a price

The Bentley of phone makers Vertu has been flogged to a mysterious Hong Kong security firm by its Swedish private equity group EQT.

For those who came in late, Vertu is a British firm who handmakes luxary phones from pearl, ruby, sapphire, titanium, gold, and alligator skin. Unlike Apple, these are serious luxury devices which are built to last. For this reason they have been described as the Bently of smartphone makers (while Apple is the VW).

The security firm, Godin, is a shell company of Godin Cyberspace Security Technology which claims to be working on a secure smartphone OS dubbed "GOS."

That seems to be happening is that Godin wants Vertu so it can create a super-expensive totally secure phone which eclipses the Blackphone or the BlackBerry Priv.

Godin's posted on 5 June that GOS is developed independently by the company and is probably an Android fork. It was recently advertising for an Android security engineer.

GOS is supposed to be anti-rooting, anti-firmware flashing and anti-theft mechanisms. Of course it has more encryption than you can point a stick at for both software data plus communication data, there is some evil data wiping and a "G Store" which features carefully sourced apps.

The company itself is a bit of a mystery. There are few traces anywhere about it on the internet and none of the software it claims to have written can be found. Godin doesn't even have a website anymore.

With this level of secrecy it could be that Vertu just drops into a black hole and is never seen again.

Last modified on 04 November 2015
Rate this item
(0 votes)
Tagged under
More in this category: « Intel’s compute stick seen on Amazon Nvidia enters Game of Drones with K1 »
back to top