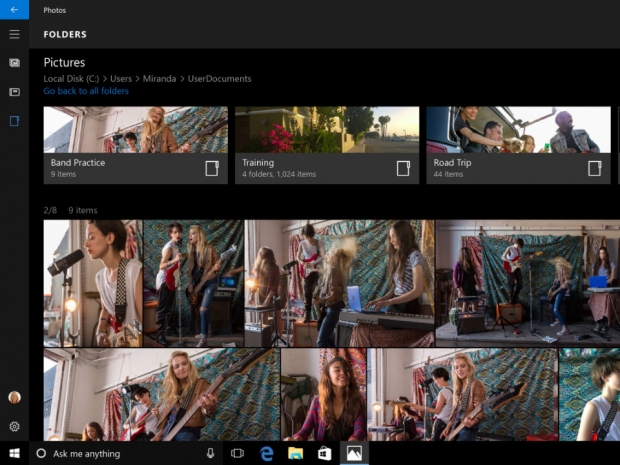 One hand mode and a new Photo app

Microsoft is slowly finishing  Windows 10 for mobile phones and the beta testers in the fast ring have been told to update to insider preview 10536.

In case you had a Build 10512 on your phone you will need to update to Build 10514 first and then to the latest Build 10536.  The update has bunch of changes listed below and the major update to the Photos app (version 15.9).

Here are some of the improvements Microsoft made since the last build:

This update introduces a folder view that makes it easy for you to see your OneDrive and PC folders in the Photos app. On your phone, you can also see folders on your SD card. The update debuts on the phone first and it will make it soon to the desktop version too.

The new Build 10536 introduces a one hand mode for larger phones. Once you hold and press the Start button, the screen will slide down so you can reach items at the top of your screen.

This is an insider preview release so there are a bunch of unpolished bugs so be prepared. Since Microsoft plans to launch new line of Lumia's on October 10th, we expect that the final version of Windows 10 mobile should be ready by then.

Last modified on 16 September 2015
Rate this item
(0 votes)
Tagged under
More in this category: « Lenovo P1 With 5,000 mAh Battery Available For Preorder Huawei Nexus 6 spotted in Geekbench »
back to top