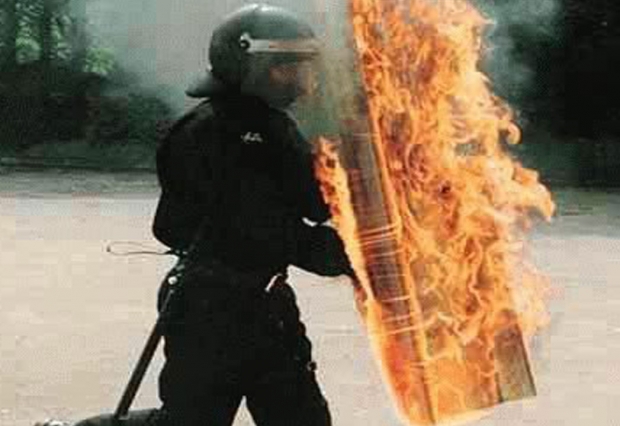 Nvidia's Shield, which had a special burst into flames feature, appears to have survived its embarrassing recall and there rumours starting to appear for Shield II.

Nvidia is still planning to release the 'Nvidia Shield Tablet 2' with a Tegra X1 with its two clusters of quad-cores runs at 2.2 GHz. It will have 2 GB of RAM. It is the same processor used on the latest Nvidia Shield Android TV device, which means it will have better graphics.

Previously it was reported that the Nvidia Shield Tablet 2 is set to come out this year but with the flaming recall, we expected a delay while the great unwashed forgot it ever happened. This has not happened and instead there are plenty of spec rumours crossing our desk.

Rumours are that the Shield Tablet 2 will still run on Android, this time using the updated 5.1 Lollipop version, it will offer 10 hours of video viewing and web browsing before the battery needs to be charged.

If you do a lot of gaming the tablet will be dead in your hands after five hours unless you plug it into the mains. You might want to notifiy the local fire department.

Reports say that the Shield two will have a micro- USB, microSD and mini HDMI ports on the side and it will be a lighter 13.1 oz.

Its extra screen space and extra internal thermal shield keeps the tablet from catching on fire but adds to the weight. Another feature at the back of each unit is a slip-resistant surface to stop you dropping it while playing.

It has been estimated that there will be a retail price of US$ 299 (wifi version) which means it is affordable, if it does not get too hot to hold.

Last modified on 09 September 2015
Rate this item
(11 votes)
More in this category: « Brazilian and Indian Zenphone will be made by Foxconn Android Lollipop hits 21 percent in September »
back to top