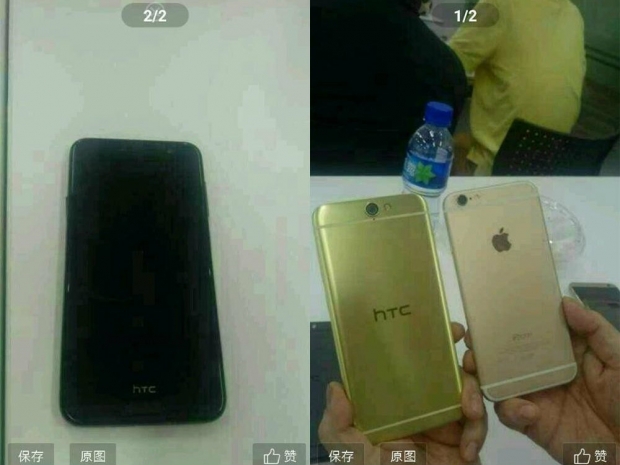 The first pictures of HTC's new Hero, which is expected in October, have been leaked onto the web and we have good reasons to think it might have a MediaTek chip under the bonnet.

We expect the phone that looks similar to iPhone 6 to have decent specs inside. It is called HTC A9 but that might be a codename.

The screen size is 5.2 inch in QHD 2560x1440 pixels, just as many pixels as you get with HTC M9+. The phone has 2.5D curved glass at the front and all metal design at the back. It comes in Tyrant Gold and Dark Grey colours.

Android central thinks this phone will pack a brand new MediaTek Helios X20, but we disagree. From what we heard the device is more likely to get Helio P10 chip simply as X20 is not ready to ship this year.

MediaTek said that Helio X20 is sampling in Q4 and will be available in phones in early 2016. The rest of the spec, including 4GB RAM and 3500 mAh battery, sounds believable but this is not something we can confirm.

The Helio P10 works at 2 GHz and is an octa-core 64-bit Cortex-A53 CPU design. It has a 700MHz, Dual-core 64-bit Mali-T860 GPU graphics and should be significantly faster than MT6752. The MediaTek Helio P10 also comes with upgraded Cat 6 modem that supports carrier aggregation. If priced right, the HTC A9 could become a real hit.