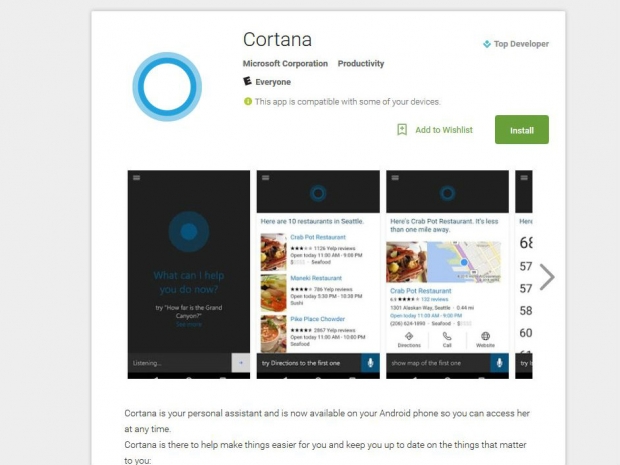 Hands on: We just tried it

Microsoft promised Cortana was coming to Android, and this is now happening, at least for users in the USA.

Fudzilla was among the first thousand Android users to install and try this new piece of software. It is a 20MB download that installs rather quickly.

We were not surprised that Microsoft wants just about every possible detail you can imagine from your location, phone call list, SMS, photos, microphone to the Wifi and Bluetooth. They want to know everything probably to sell you better adds in addition to providing the smart assistant service.

Once you install the Cortana android application you will be asked to enter your Microsoft user name and password. After that you are good to go. We asked Cortana how long was the Golden Gate bridge and it knew the answer – 8980 feet or 2737 meters.

First time Cortana thought we asked it how long is to Golden Gate Bridge and we got a funny answer that it didn't think we can get there by car which was sort of true.  We were 5979.1 miles away when we asked the question. 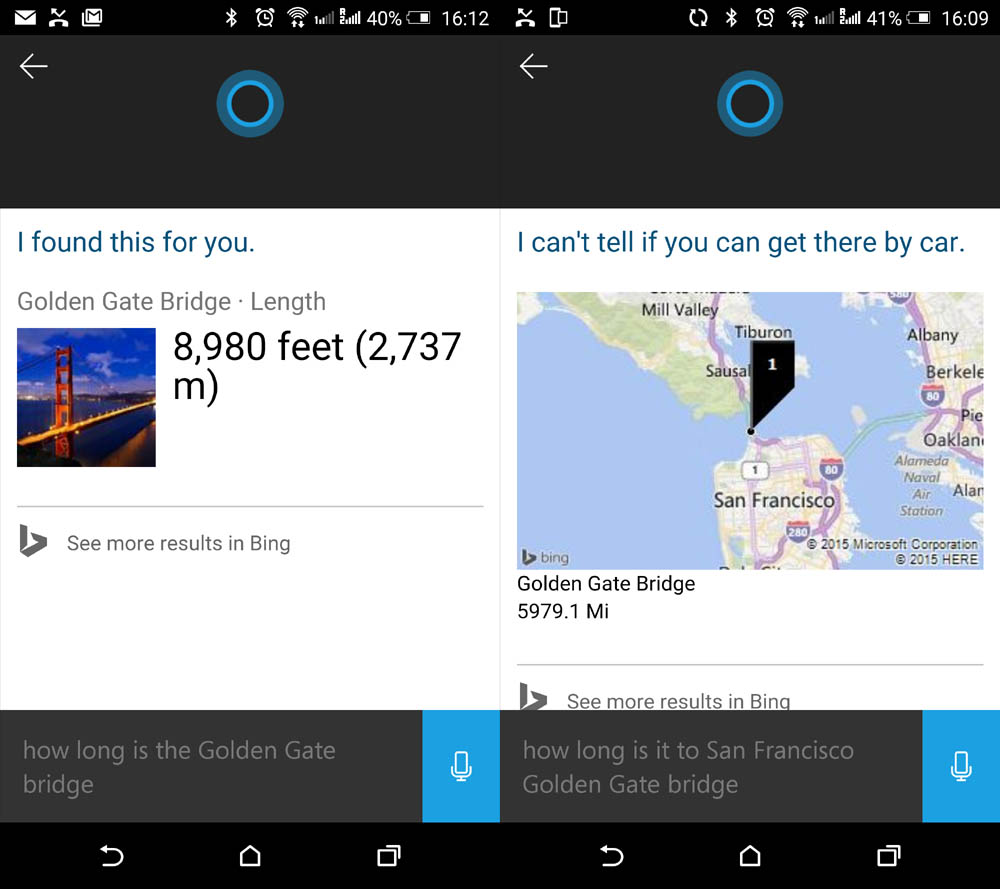 Cortana also knows that Angela Merkel is in Vienna today, we guess she asked the NSA as they tend to keep tabs on her.  There were a few other things it knew. It gave us an answer about Microsoft stock that got up 1.9 percent to $41.27 while we wrote the story  – clearly someone in Wall Street was betting on a positive review.

Swiping up the home button will ofer you a choice between Google Now and Cortana, until you set one of them as default application. We used both after each other and got similar results for the basic questions.

Cortana can tell you the ages of all the women from the Friends telly show and all the other important questions.

You can use Cortana to change your 3 PM appointment to 4PM. The only way we got it stumped was when we asked Cortana to tell us a joke. 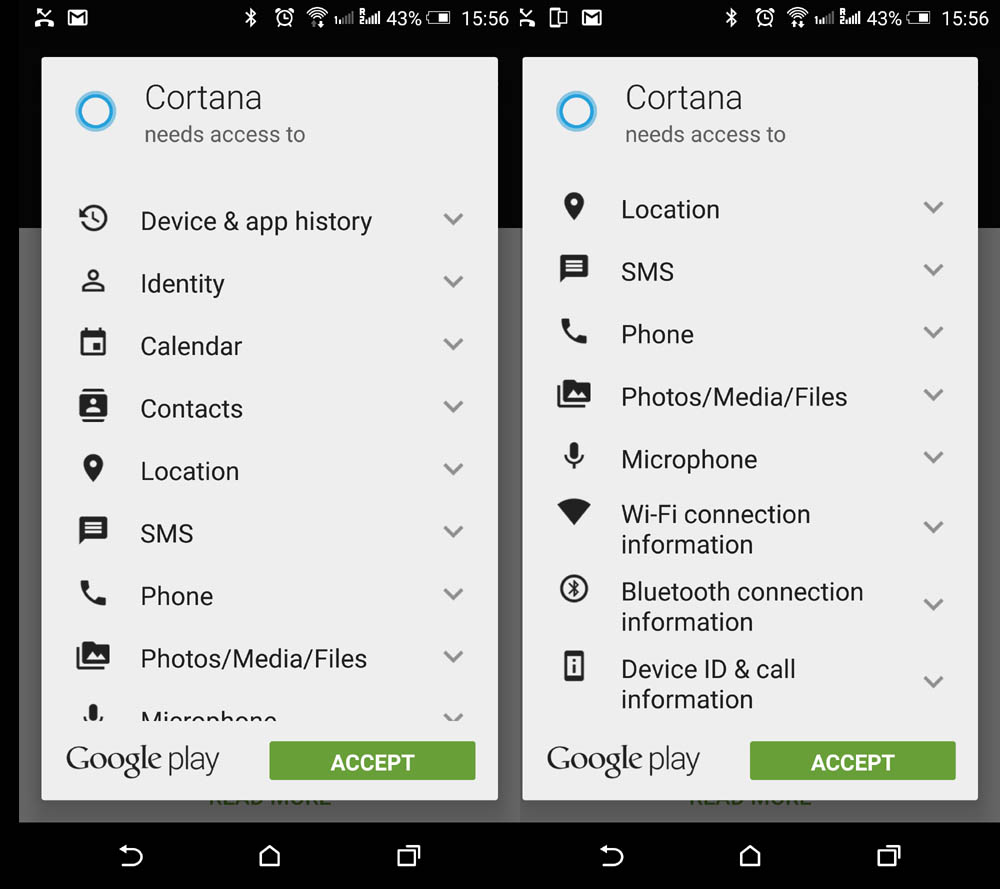 Last modified on 26 August 2015
Rate this item
(3 votes)
Tagged under
More in this category: « French outfit surrenders to Windows 10 HTC A9 phone revealed »
back to top